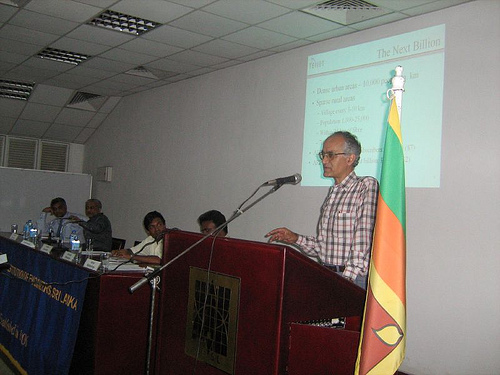 At a well attended public seminar yesterday (March 18) at Institution of Engineers (Sri Lanka), LIRNEasia released its Broadband QoSE testing methodology (named ‘AshokaTissa’, after the greatest collaboration between India and Sri Lanka, the movement of Buddhism across the Palk Strait) and the preliminary test results of three of the most widely used broadband packages in Sri Lanka, SLT Office (2 Mbps / 512 kbps), SLT Home (512 kbps / 128 kbps) and Dialog (2 Mbps / 512 kbps) This was followed by the responses from SLT and Dialog Broadband. The event was jointly organised by LIRNEasia and Institution of Engineers. (Sri Lanka)

Comments from the Chair – Rohan Samarajiva

Digitally enabled flexible work for women: Is it all that its cracked up to be?

South Asia has some of the lowest female labor force participation (LFP) rates in the world, second only to the Middle East. Employment flexibility, also known as workplace flexibility, flexi-work, among other terms, has long been argued as an enabler of women’s increased and sustained participation in the labor market.