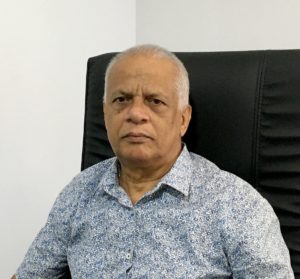 He is a Fulbright fellow and received his BA (Honours) in political science from the University of Peradeniya and Master’s in economics from Vanderbilt University. After a 20-year spell of public service in Sri Lanka, mainly working for the ministries of finance, economic reform and industries, he did a number of stints with the private sector. They include appointments with a Frankfurt-based consultancy firm, the Productivity Commission of Australia, a commercial bank in Sri Lanka and most recently as a consultant to the Government of Sri Lanka on undertaking economic reforms under a World Bank technical assistance project.