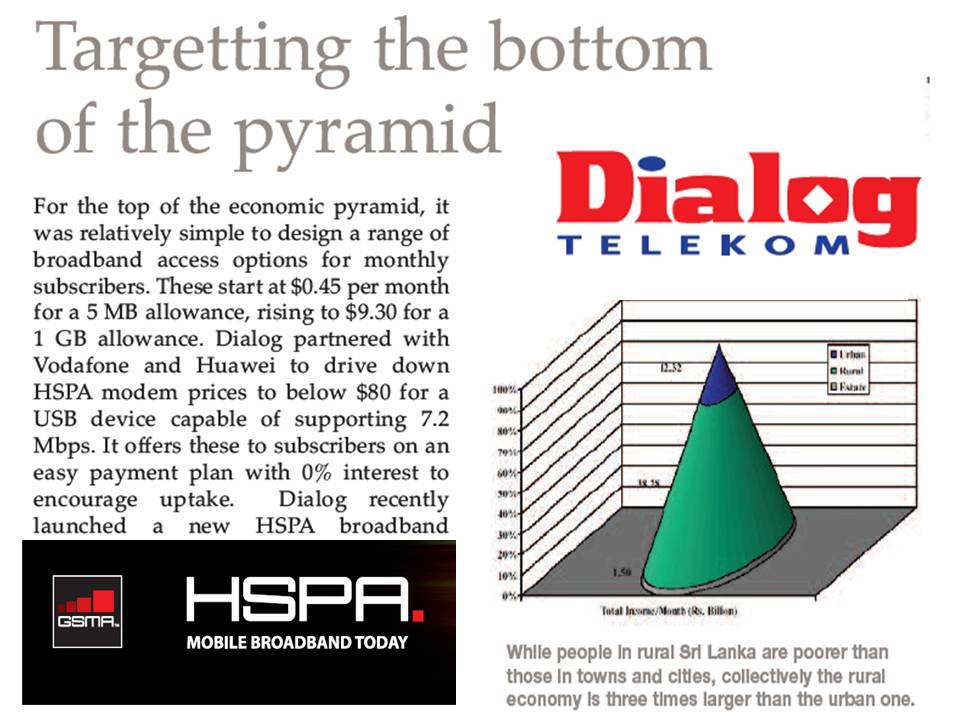 “Sri Lanka’s leading mobile operator is creating a broadband revolution. By leveraging HSPA mobile broadband technology, it is bringing affordable access to all levels of society, from the wealthiest businesses to the poorest villages.”

Thus starts the GSMA case study on the Dialog mobile broadband. It is just four pages and in easily readable format – but still enough new stuff, that makes it a worthy read.

The full paper can be downloaded from here.