Sri Lanka: A Nenasala telecenter – The story of two photos 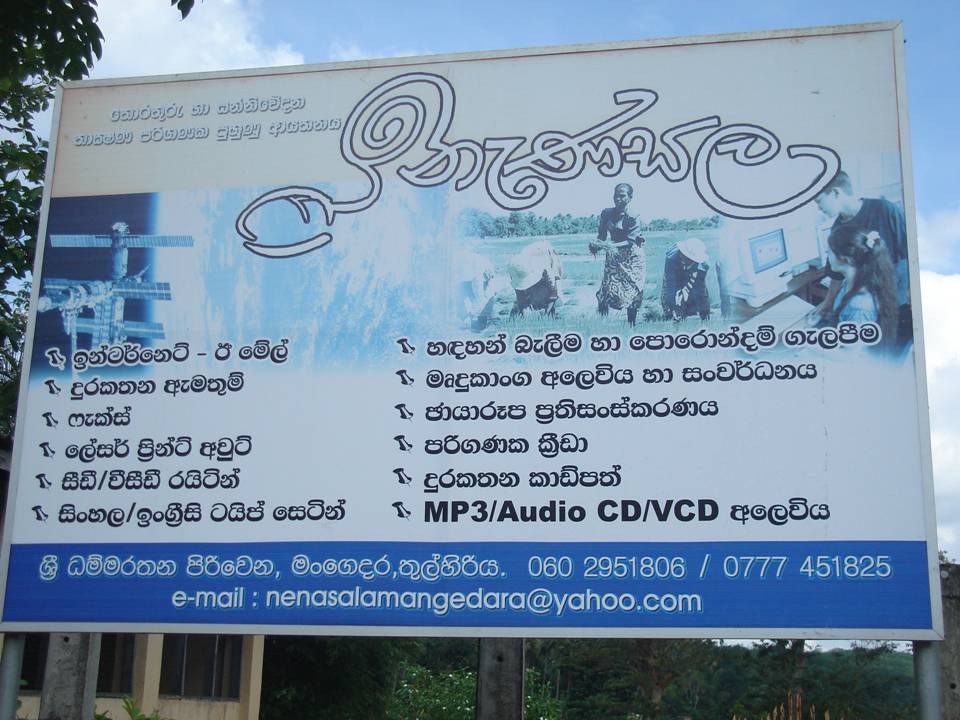 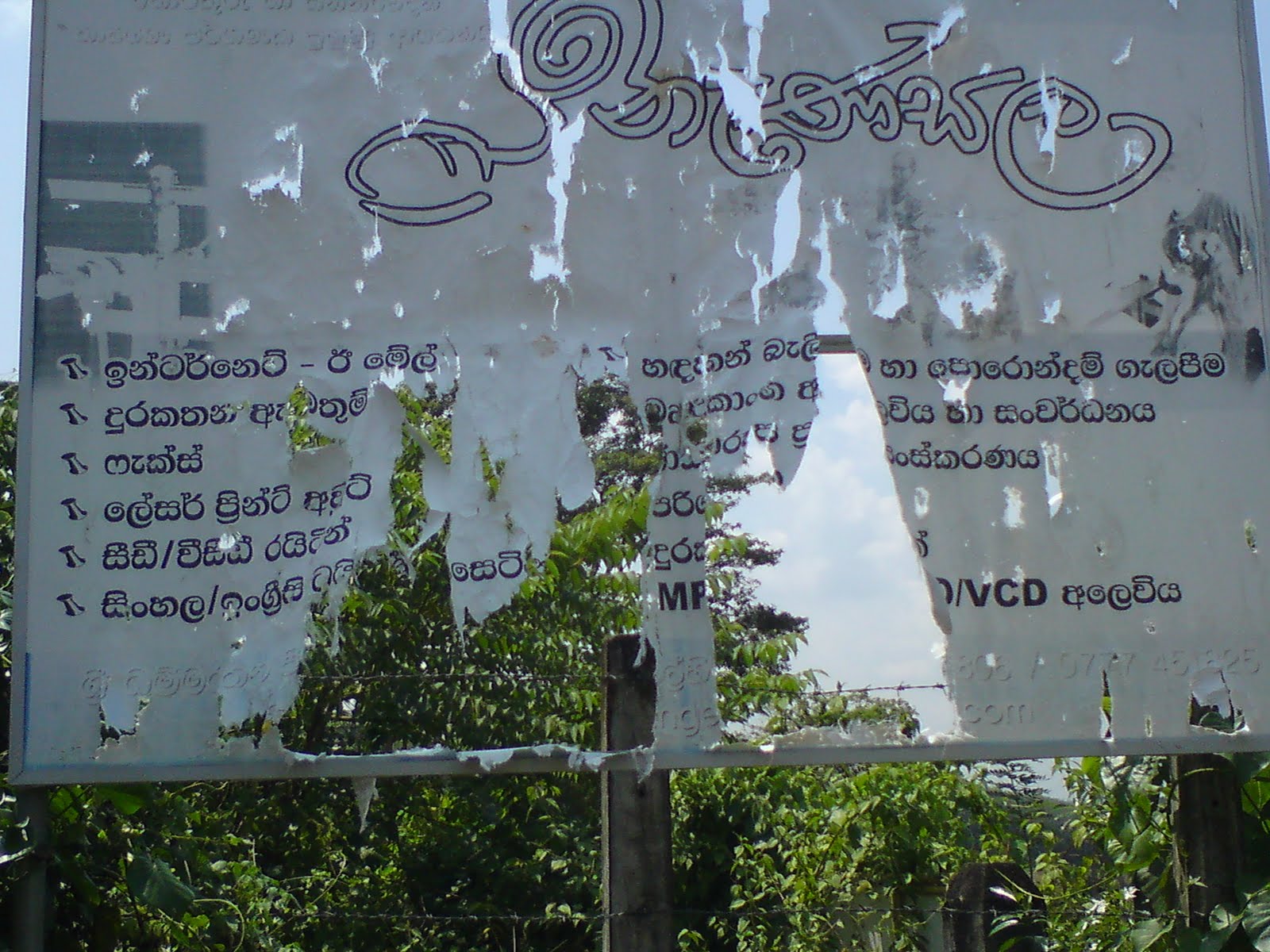 I took the first photo. That was in April 2008 in an informal telecenter visit. The second one appeared in a Sinhala blog recently.

Mangedara Nenasala telecenter at Thulhiriya (less than 2 km from MAS Holdings) is one of the hundreds of defunct Nenasala telecenters. During better times it provided services such as utility bill payments and computer training. Now it remains closed since the operator, who was never paid for his services, left for better opportunities.

The findings of the telecenter operator survey done by LIRNEasia at a workshop organised by Sarvodaya in October 2008 will be useful to understand why Nenasalas fail. (Sample was not representative, but large enough to get a general idea about the telecenter operations in Sri Lanka.)

Do telecenters in Sri Lanka make money? Yes. They report an average monthly income of Rs. 22,119. (=USD 201) This is associated with a relatively large standard deviation of Rs. 21,714 (= USD 197) indicating a variation within a wide range. This means a large number of telecenters are running at a loss.

Do telecenters make a profit? Yes, but perhaps may not in real terms. They record a monthly average profit of Rs. 6,735 (=USD 61) with a large standard deviation of Rs. 9,504 (=USD 86). This indicates the loss incurred by some of them. This is again without considering the cost of the communication link. (The monthly average cost of a 2 Mbps business broadband connection is USD 46 in Colombo. This might be slightly high in rural areas.)

Telecenters operators are rewarded in different ways. Only 33% are salaried. 22% receive a share of profits. 13% receive an allowanced based on performance. 32% receive no personal income.