Are Asia’s poor on the Internet without even knowing it? 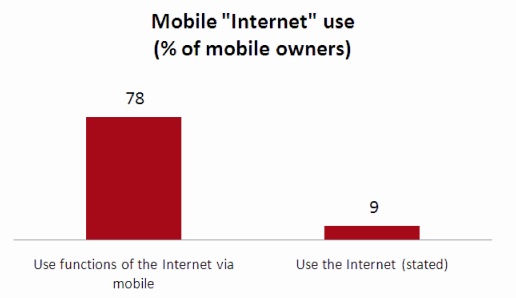 Evidence from LIRNEasia’s Teleuse@BOP3 survey of mobile use at the bottom of the pyramid (BOP) suggests that by late 2008, 78 percent of BOP mobile owners in the study countries were using the functions of the Internet through their mobiles; nearly one third of them have never even heard of the Internet.

For the last three years, LIRNEasia has been arguing the case that many people in developing markets will have (if they already haven’t had) their first “Internet experience” through a mobile. Most of our 2008-2010 research program was based on this premise. It seems that the general discourse in the mobile research field is converging on this point, as evidence of growing mobile Internet use in these markets emerges.

In addition to this, LIRNEasia’s argument (which in fact CEO & Chair Rohan Samarajiva has been making from as early as 1999: written up in Samarajiva, R. & V. Shetty (2009), Net access for village peoples, Communications International, November: 68-70.) goes one step further.  We don’t mean that people in these markets will be opening up their mobile Web browser, typing in urls and surfing the mobile Internet. We argue that that the “Internet” should be considered as a meta-medium, which allows users to perform various functions that we usually consider to make up the “conventional” Internet experience. In the most simplistic form, these functions include:

After a recent conversation with Jonathan Donner  in Sohna, who seems to be thinking along similar lines,  I decided to look at our Teleuse@BOP3 survey respondents, and compare numbers – who says they’re on the Internet versus who really is (in light of the meta-medium conception of the Internet, using broad definitions of the individual functions). The results are shown in the graph above. 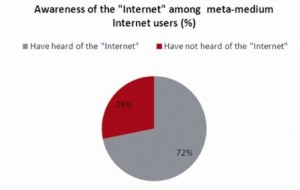 Most of these meta-medium-Internet users already know what the Internet is (72%), but a considerable number (28%) have never heard of the Internet (graph above). 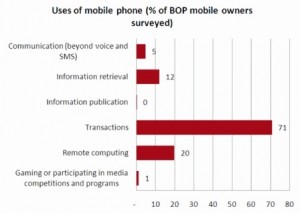 The survey data was collected in late 2008, so we expect the picture to look very different in the next round of surveys (just about to commence).

This research report analyses the implementation of AI ethics principles in the policy, legal and regulatory, and technical arenas in Singapore and India.