What Big Data tells: Where is everybody at Avurudu?

For many, daily travel is a product of routines that have been established over time. From commuting, getting the kids to school and back home to the occasional shopping trip much of our movements follow a predictable pattern.

Attempts to map human movement in different regions across the world using emerging sources of big data such as mobile network call detail records (CDR) show that in general aggregate human movements change very little from one week day to another or from one weekend to another. Our work on human mobility using a large CDR dataset have shown that Sri Lanka is no different.

The Sinhala and Tamil New Year or “Aluth Avurudda” which generally falls on the 13th or 14th of April is one of the most important national holidays celebrated by a significant fraction of Sri Lankans. Given the cultural significance of Avurudu there has been a historical trend and perception of people returning to their ancestral homes during the holiday to celebrate the occasion with extended families.

We analyzed aggregate human movement during Avurudu in a recent year which coincidentally fell on a weekend and contrasted it with movement during regular weekends. We used a simple measure of movement which considered the displacement of the most frequently observed location in a subscriber’s data during Avurudu w.r.t to an estimated home location. The same was done based on eight (8) regular weekends to establish a baseline for the movement of each person. 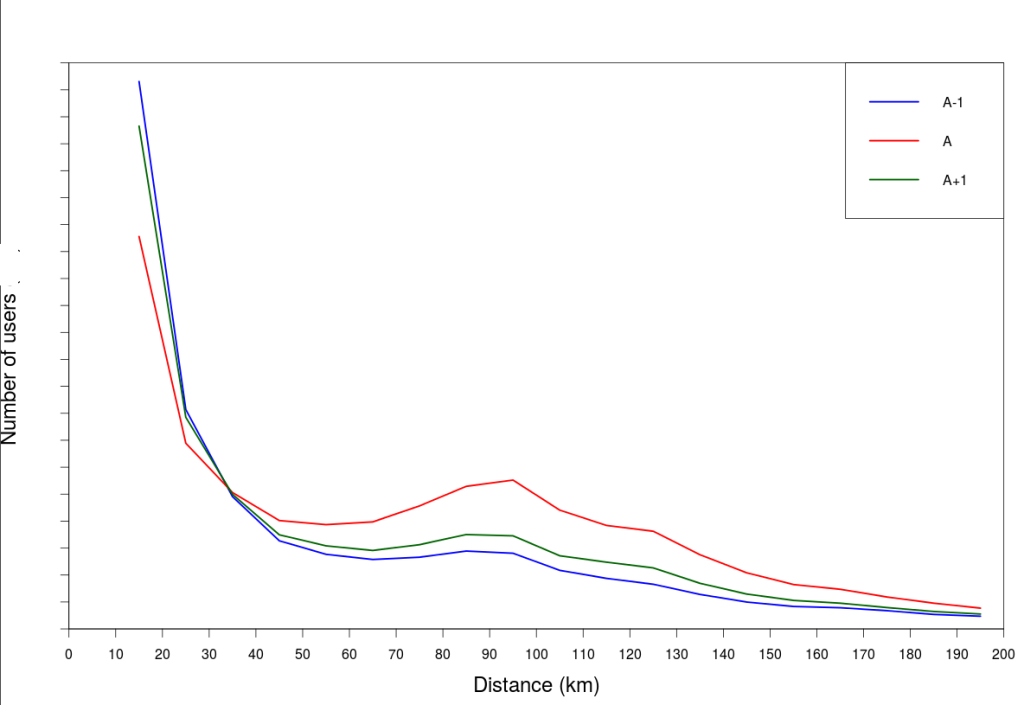 Figure 1 Distribution of travel distances during Avurudu (A), the weekend before (A-1) and the weekend after (A+1)

The results show a significant decrease in the number of people present in major urban regions such as Colombo, Kandy and Galle during Avurudu (Figure 2). Number of people entering these regions decrease while greater than usual number of residents leave for other areas. These effect is particularly pronounced in and around Colombo city (Figure 3).

On the surface our work seems to validate the traditional perception of people returning to their ancestral homes for Avurudu celebrations. However a more careful look at the results reveal anomalies.

More Colombo city residents traveled to all other regions except Ampara with the top destination being Nuwara Eliya with a threefold increase from an average weekend. In fact Nuwara Eliya experienced the highest raw increase in population during Avurudu compared to any other region in the country (Figure 3a). Given that Nuwara Eliya is a popular vacation region and  Avurudu aligns with school vacations, travel to Nuwara Eliya is likely have more to do with vacationing than celebrating Avurudu. 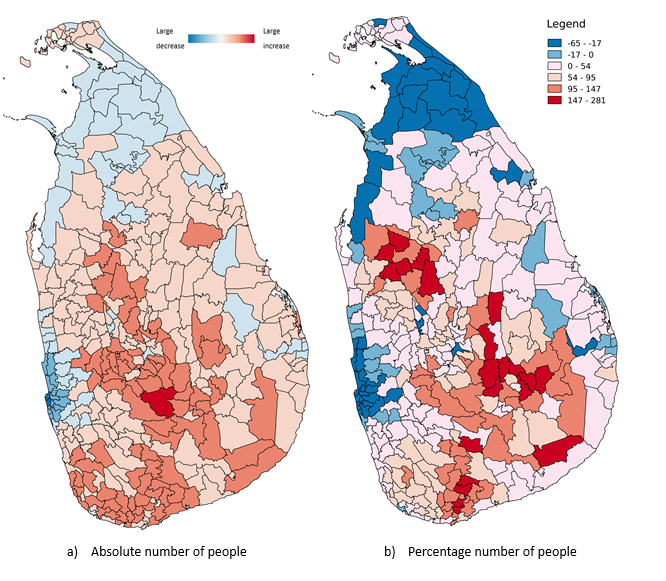 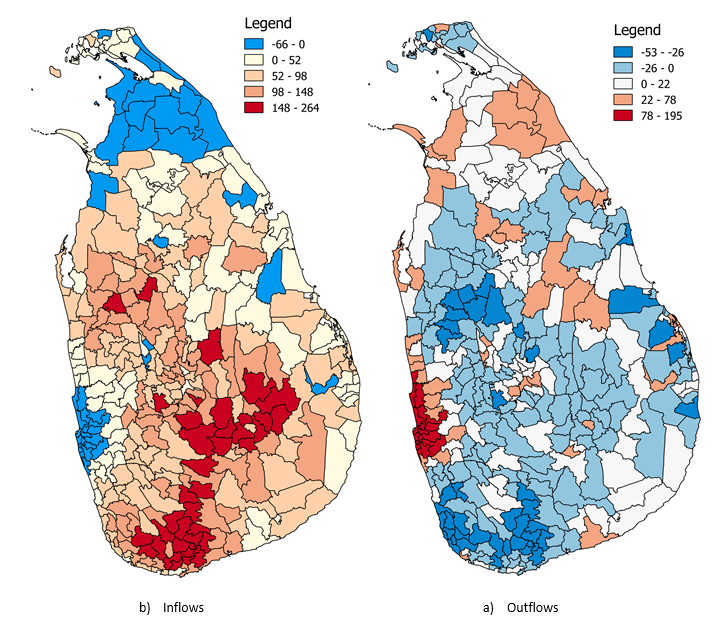 A note on methodology..

Since putting up the original post, there has been some interest in methodological detail. A short description is provided below.

The primary dataset that  was used for the Avurudu analysis was a  9 weekend sample (4 weekends prior to Avurudu, Avurudu weekend and 4 weekends after Avurudu) of a larger CDR dataset from multiple Sri  Lankan operators with 50-60% of all mobile subscribers at the time. Home locations for each subscriber was  estimated using the larger dataset.

We made the broad assumption that in general people are more likely to be home during the night on weekdays. After an analysis of the data we chose the time period 9pm-5am as night time. (more details). The base station location observed on the most number of night times for a subscriber was selected as the potential home location.

The results have been aggregated to the DSD level from base station coverage areas through apportionment using area of intersection between DSD and coverage areas.