Backing off from the grand smart city solutions 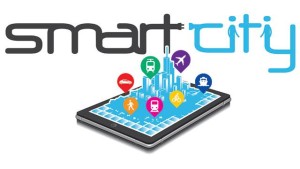 In our article published last year on big data for urban development in the developing world, we said

At one extreme of smart-city initiatives lies the vision of a centrally coordinated city resting on pervasive use of specialized sensors (e.g., one under each parking space; multiple sensors at intersections), real-time or non-real-time analysis of the resultant big-data flows, and reliance on mathematical models. South Korea’s Songdo is the exemplar. Reports of plans for green-field developments indicate that the Modi government is leaning toward this vision. . . .
Both approaches have weaknesses. Central coordination is very expensive and hard to get right. When mistakes are made, they are not easy to correct.

It now appears that the push for centrally coordinated smart cities losing momentum even among the big companies that were its greatest proponents:

The big tech companies say they are not interested in imposing the sweeping “smart city” projects they used to push, in part because things are changing too quickly. But they still want to build big, and they view digital surveillance as an essential component.

“Digital infrastructure is like plumbing or electricity. You can’t just have point-by-point solutions,” said Rick Huijbregts, managing director of the Americas division of the computer networking company Cisco Systems. “Cars have to talk to other transit, to traffic lights, to law enforcement.”