How to identify persons who are illiterate 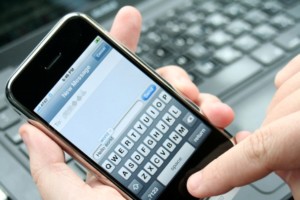 In our teleuse surveys, we found that missed calls beat out texts in some countries (e.g., Bangladesh v Philippines). One explanation is that there are more illiterate people in the countries where missed calls predominate. Qualitative research found that a lot of texting did not involve literate work, mostly it was forwarding messages sent by others.

But anyway, a researcher from Telenor claims he can read off illiteracy from texting behavior, according to Technology Review. And texting seems to be a much better way of measuring literacy than stupid questions such as “can you write your name?”

One of the millennium development goals of the United Nations is to eradicate extreme poverty by 2030. That’s a complex task, since poverty has many contributing factors. But one of the more significant is the 750 million people around the world who are unable to read and write, two-thirds of which are women.

There are plenty of organizations that can help, provided they know where to place their resources. So identifying areas where literacy rates are low is an important challenge.

It would help if the writer knew MDGs have been replaced by the even more ungainly SDGs. Also if some thought were given to the impending demise of SMS (in Myanmar we can see Whatsapp, Viber and even FaceTime, making rapid gains). But we’d be pleased to see if the method is fully described so this can be replicated.