Presenting on Politics and Big Data at Ashoka University

On the 13th of February, a team from Lirneasia – comprised of Professor Rohan Samarajiva, Dr. Sujata Gamage, and myself – presented some of our research at the Trivedi Center at Ashoka University in Delhi, India. Ashoka, for those of us who are not familiar with it, is a private university that focuses on liberal arts: their capital stems from philanthropic contributions. 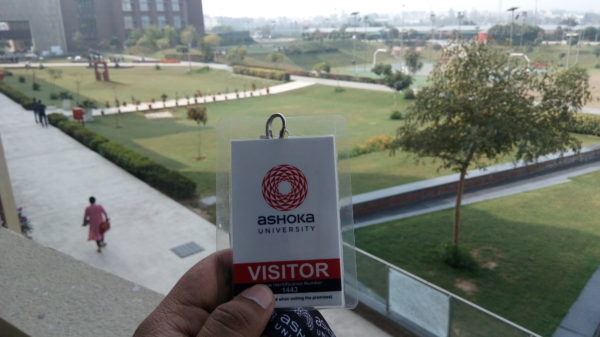 The Trivedi audience were a mix of high-level academics and students  – most with a base degree in computer science. Trivedi is dedicated to putting together datasets on Indian politics. They’ve been collecting data from various sources and are building centralized repositories – some of this data goes back to the ’60s.
The first presentation was Dr. Sujata’s – an analysis of electoral systems, the pros and cons of each, the opendemarcations.lk process, and the ‘experiment’ that Sri Lanka is conducting with our new electoral system. A summary is available here on the Lirneasia blog itself. This received considerable interest from the Trivedi audience, because the analysis intersected with some of the data work that they’re trying to build on.
The next presentation, done jointly by Professor Samarajiva and myself, was about our work using Big Data to build socioeconomic indicators. Among other things, we have explored the viability of using mobile network big data in the form of Call Data Records (CDRs) to analyze communities. We have also used the similar datasets (and others) to analyze socioeconomics of a given population, building on research initially by Vanessa Friaz-Martinez et al. Our analysis was run on 2011/12 Sri Lanka census data and CDR data for approximately 600,000 mobile phone subscribers from the Northern Province of Sri Lanka, a postwar zone. Some of our findings ran counter to the original research: we are now exploring other provinces to understand whether this holds true or whether it is simply a facet of sections of postwar Sri Lanka. 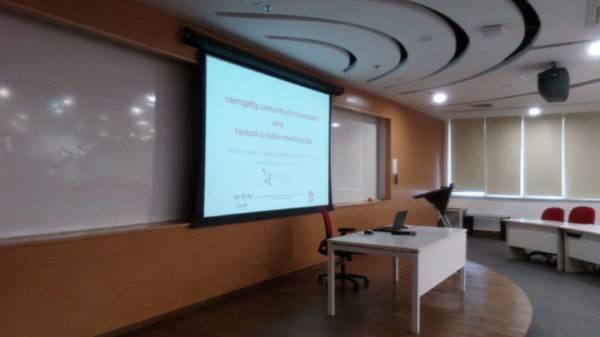 We next presented our current work-in-progress: analyzing Facebook data to examine connectivity between nations. In 2017, Bailey, et al. published a paper entitled Measuring Social Connectedness, where they introduced a new measure of social connectedness between U.S. county-pairs. Their study found that at the county level, Facebook data correlated well with trade, migration stock and facets of geography. They proved that the SCI showed correlations between friendships links and distance, and shared histories of migration between US counties.
Our ongoing research with this data shows that Facebook friend interactions between countries seem to mirror migrant stock and, to a lesser extent, trade. There is some exploration along the homophily hypothesis; We may be able to use a combination of our data and Stanford’s Facebook SNAP data to investigate further.