LIRNEasia Chair Rohan Samarajiva was preceded by a professor from Japan and a World Bank sociologist based in Bangkok.  Both speakers spoke of the usual tech-based interventions, such as blockchain based applications in agriculture, but the World Bank speaker also talked about how the rural eco-system could be shaken up by things like bitcoin mining and remote working that could bring money into impoverished communities.

The LIRNEasia presentation was anchored on the systematic review of research on the economic benefits of mobile-phone-based interventions in rural areas. The conclusions were that clear benefits could be demonstrated from network rollout, subject to the existence of institutional conditions for integration of hitherto separate markets. The evidence did not exist for benefits from services deployed over networks.

There was adequate time for discussion. In response to a question from an official of the Ministry about the need for 5G in rural areas, Rohan explained that the highest priority should be given to providing a stable electricity supply, because without that it’s difficult to use any G. As a second-best solution, he mentioned the use of universal service funds in Pakistan to provide power from renewable sources to BTS. The need to take fiber as close as possible to users if the real benefits of 5G, namely low latency, are to be realized was also mentioned.

In response to another question about digital transformation in rural areas, Rohan used the example of governments promoting platform-based remote work (e.g., Fiverr) in India and Bangladesh. He said that it was important for government to understand what the barriers were before attempting transformation. Unreliable power makes it difficult for freelancers to keep to deadlines. Again, improving power supplies is what is needed. Instead, governments are promoting training and recruiting freelancers. It’s as though they do not realize that unless demand is increased (for example, by making government work available to freelancers) the increase in supply will have only one result: lower prices.

In sum, the LIRNEasia contribution to the discussion highlighted the importance of research to understand what the true barriers to greater productive use of ICTs in rural area are; and about the need to allow decentralized initiative. 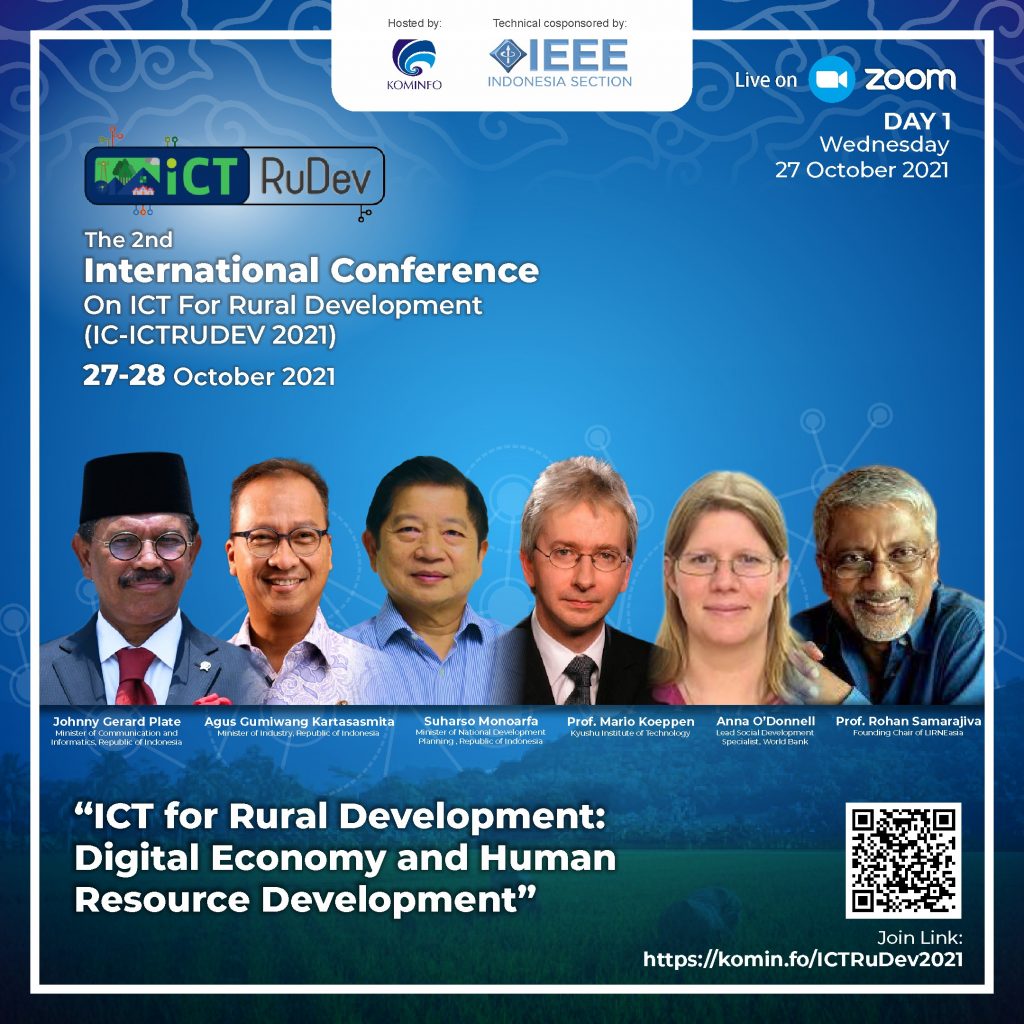