In 2008, Nokia, then a leading global telecom equipment supplier, came to LIRNEasia with a question they wanted answered: How was it that countries in South Asia, not known for the highest standards of policy and regulation, were offering the lowest prices for mobile communication to their customers? Conventional wisdom was that a stable policy environment with an independent and efficient regulatory agency was essential for good performance.

Nokia provided us with comparative price data which we looked at in the context of the findings of the extensive “Teleuse at the Bottom of the Pyramid” surveys and qualitative studies we had conducted and the Telecom Policy and Regulatory Environment studies we were running in countries in South and Southeast Asia at that time. Our conclusion was that a mobile service provider in each of the markets had adopted what we named the “Budget Telecom Network Business Model” on BTNM, and that others had quickly emulated them, bringing down the price levels and average revenues per user below what anyone in developed country markets could imagine.

Coming from academia, I was not used to analysis sans theory, so in parallel, we started looking for relevant theoretical frameworks when we came across Christensen. I do not think he envisaged all the suppliers quickly converging on the same innovation when he wrote the book, but that did not stop us from fruitfully using his insights to inform and frame our work.

The BTNM, so named to evoke the more familiar Budget Airline Business Model, allowed millions of poor people to use the affordances of mobile connectivity in all sorts of innovative ways. We used to talk about “giving missed calls” which befuddled our European and US audiences. The ubiquity made possible by the BTNM allowed innovations by development practitioners as well.

The slidedeck ==> Disruptive Innovation for Development 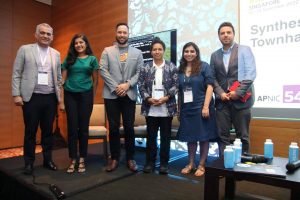