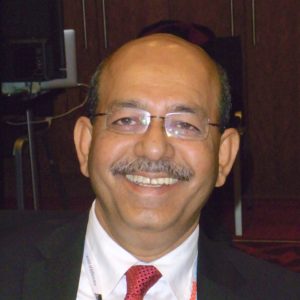 Abu worked in the Association of Mobile Telecom Operators of Bangladesh (AMTOB) as its Secretary General from August 1, 2010 to July 31, 2012.* Earlier he was a Strategy Analyst at Ericsson’s Southeast Asian head office in Malaysia until June 2010.

Previously, he was Technology Editor for bdnews24.com, Bangladesh’s first online newspaper, as well as a research analyst at EMC World Cellular Database (currently owned by Informa) covering the mobile markets of Bangladesh, Pakistan and Nepal.

As a journalist, he influenced various policies pertaining to the telecoms sector of Bangladesh. His reports revealing anomalies kept alerting the authorities and prompted interventions, which saved public funds in telecoms procurements.

Abu persuaded the government in 2002 to join the SEA-ME-WE4 consortium, which has linked the country with its very first, and by far the only, submarine cable. He has also convinced the government to establish a Class 4 switch, known as ATOB Tandem, in 2003. It significantly mitigated the mobile operators’ interconnection problems with the then state-owned monopoly.

Abu had arranged an invitation from the Asia America Gateway (AAG) for Bangladesh government to join this transpacific submarine cable consortium in 2006. But the government was not interested in this second submarine cable.

Abu challenged the government’s introduction of “SIM tax” for each new mobile connection in 2005. He lodged a public interest litigation (PIL) with the High Court Division of Bangladesh Supreme Court and won the case in 2006. But the Appellate Division granted a leave to appeal in March 2007 and finally ruled over the High Court order in August 2012.

He has also provided consultancy expertise in telecommunications to local and international organizations. He served on the faculty of regional regulatory training courses offered by The Energy and Resources Institute (TERI) between 2001 and 2004.

As a Consultant during 2013-14, he studied the Uzbekistan Communications Infrastructure Program for the World Bank. Its objective was to use the surplus capacity of the optical fiber systems in Uzbekenergo (Public power generation and distribution company) and Uzbek Railways through open access.

ESCAP has engaged Abu to present a paper on “North and Central Asia (NCA) as a hub of cross-sectoral infrastructure connectivity” during an Expert Consultation on Socio-Economic Developments and Programme Priorities on 8 December 2015 in Almaty, Kazakhstan.

At LIRNEasia, Abu has conducted research into the replicability of a microfinance approach to extending rural connectivity in Bangladesh. He is now engaged in an original research on how to reduce the internet bandwidth costs across Asia.

He has been persuading the construction of a terrestrial optical fiber link alongside the transcontinental system of roads network known as the “Asian Highway”. Originally it was dubbed as the Longest International Open-access Network or LION. Later on ESCAP has renamed it as Asia-Pacific Information Superhighway (AP-IS).

Abu has a bachelor’s degree in Bengali language and literature from Titumir College, Dhaka.

*Abu served in his personal capacity and not as a representative of AMTOB.