Ruined Broadband at Polonnaruva: Should we blame Mobitel, Dialog or King Parakramabahu? 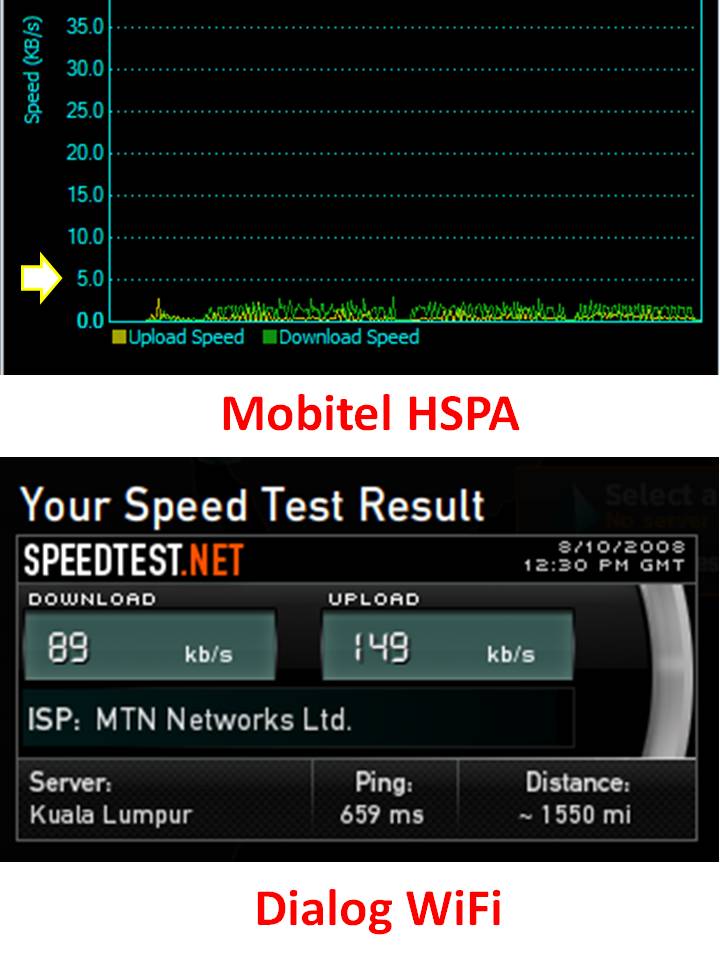 When he built Parakrama Samudraya a millennium ago, King Parakramabahu the great did not have to depend on the Internet. How lucky! Had it been so, he would have achieved few great feats. The pitiable Broadband services at Polonnaruva looked as if we have not made any advances since the days of the Great King.

Both SLT and Dialog boast about their island wide networks. These backbones, they say, are capable of delivering ‘kiri’ to rural communities too. ICTA does not let a day go without mentioning taking ICTs to villages. The reality, as we have experienced for the last three days, is different.

Apparently 3G services are unavailable in Polonnaruva.  All Mobitel could deliver was GPRS at a speed less than 5 kbps. (top) Good that they provide the speedometer on PC. Visiting any site, including speedtest.net is impossible at that rate. (1/200 of the promised speed)

The competition was not too different (does that surprise anyone?).  Apart from delivering GPRS at similar speeds, Dialog was not capable even of delivering more than 80 kbps thorough its hotel wi-fi network – that too within selected hours with a weak connection breaking every 30 minutes or so.  There were long periods the network was simply down. Minimum prepaid charge is Rs. 250 + taxes, irrespective of the usage (less than 30 minutes in our case) and user satisfaction – er, dissatisfaction.

Perhaps it is the fault of King Parakramabahu. Taking into account the broadband needs of his descendents he could have moved the kingdom to a location near Colombo – where at least the last-mile conditions are not this pathetic.