Sri Lanka: Road to ‘Dharma Rajya’ does not look ‘toll-free’ 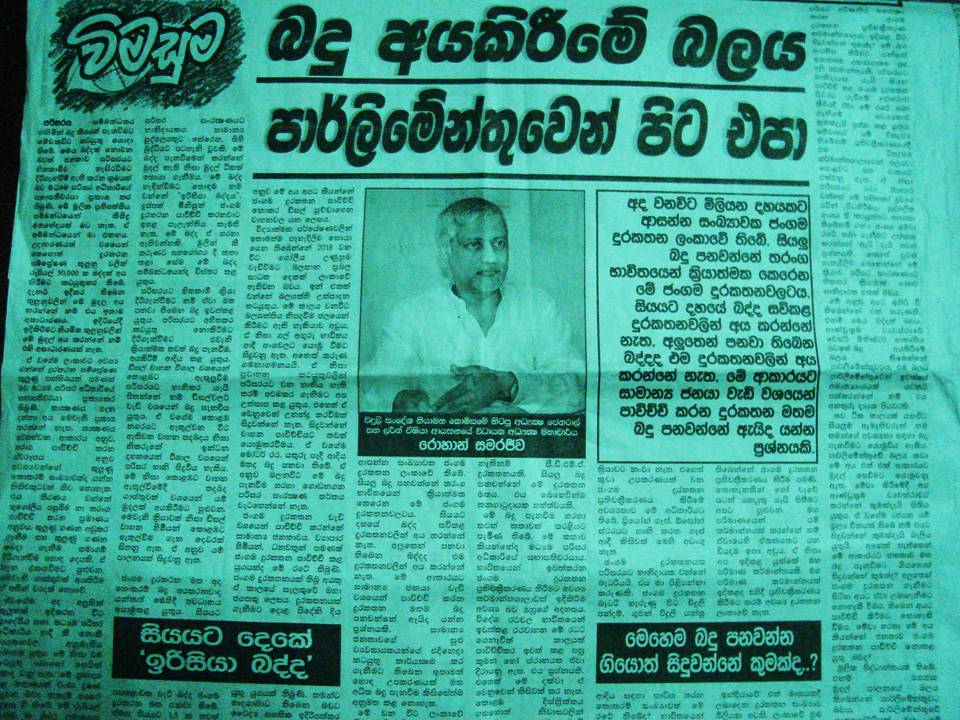 Central Environmental Authority Chairman Udaya Gammanpila calls the new ‘Environmental tax’ essential, pro-poor and progressive. Releasing used mobile phones and CFL bulbs to environment is dangerous, he warns, with a long list of hazardous chemicals that would perhaps put a chemistry professor to shame. He wants to collect them for recycling.  The tax money will be used to build recycling plants.

“A mobile phone is not a luxury item. A tax on the phone will be an added cost to low and middle income earners. Consumers will have to pay for the tax on new telecommunication towers”, Gajendran emphasises.

Levies on mobile phones, telecommunication towers, use of non CFL bulbs and petrol vehicles came into force from August 1 under the Environment Conservation Levy Act No. 8 of 2008. Under that all communication towers will be charged Rs. 50,000. A levy of 2 per cent of the monthly Bill will be imposed on mobile phones, Rs. 3 will be charged on non CFL bulbs and there will be a levy of Rs. 100 on motorcycles and Rs. 300 on cars per annum. CEA targets a revenue of Rs. 500 – 800 million annually from the taxes.

Rohan Samarajiva, Executive Director of LIRNEasia now takes the issue to local language media. In an interview given to Lankadeepa he questions the effectiveness of the proposed levy in reducing environmental pollution.