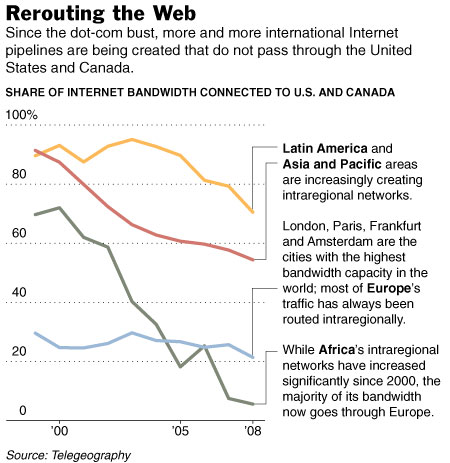 Engineers who help run the Internet said that it would have been impossible for the United States to maintain its hegemony over the long run because of the very nature of the Internet; it has no central point of control. And now, the balance of power is shifting. Data is increasingly flowing around the United States, which may have intelligence — and conceivably military — consequences. Read more.