Tigo and Dialog CEO On State Of Industry 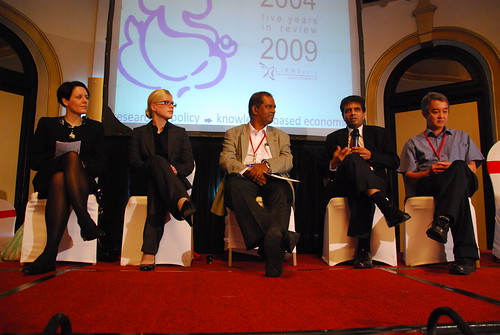 Dumindra (Tigo): Today my spectrum fee is 10% of my revenue. I still manage a 30% EBITA, but that’s not enough to make ends meet with equipment. In this business you need 60% EBITA. If you look at Sri Lanka the only that has been going south is telecom prices, everything is going up.

Not long ago my friend was asking me about call center agents. That’s lovely, but that means they need fiber at home. But is that a reality in Sri Lanka, no, because operators don’t want to invest in this.

It is true that we should provide service at a reasonable price. Once you reach that, is it the regulator’s focus to drive the industry down?

Divakar: Where do you think the growth opportunities will be? What will the telecom landscape look like.

Hans: I think you used an interesting term, mobile platform. I think that’s key. To realize that the next five years, a large proportion of what you potentially will be on mobile phones. Various types of engagement will get on this platform. This must be available to most of the population.

Does this not mean that over the next decade that the ICT sector is going to be not the, then within the top five economic drivers in the Asian region. Doesn’t this mean that the telecom regulator needs to be educated to the point of a financial regulator? We need to first take the regulator and then put him or her right at the top. Then bring this agenda to the top. Then we’ll see this mis-coordinated effort which is only price driven, there isn’t a long term economic sustainability platform.

Unless you can get your EBITA margins above the 50% mark, that means there isn’t going to be enough cash in the industry to drive not 50% CAPEX to revenue, but 15-20%. This will slow down development. This will slow down the ability of operators to engage in all these issues, including the bottom of the pyramid issues.

At Dialog, most of our success came from cracking the bottom of the pyramid issues early, but there was cash.

KF Lai: How many industries are running on 20% EBITA and losing money? There are a few points which get a bit scary to me. 1) Set a floor price, 2) make it a crime for some other company to go EBITA low 3) by putting regulators at the top of the government echelon, lobbying and influencing will get to the top as well.

Audience: What is that the operator is looking for, that predatory pricing should be stopped.

Hans: It’s correct that the ideal world would be a perfect market system. When the market fails, what do we do? What aspect of this market has failed. We can only put forward our own feel for that. The issue is that free competition, which we all embraced, but what worries us is that this system has failed. In a market with 60% penetration and which, according to the textbook, should be maturing. But that is not the case. We would like to take newer services, advanced services to poorer people.

I’m not saying in any way I support restricting a market, but what is the answer? If none of us can do things right if we compete away every margin, if there isn’t money to invest, then what is the intervention? What would you recommend?

Rohan Samarajiva: Duminda, you said we have one too many suppliers. If the government is not going to decide the number, there should be some orderly way for the market to decide that number. Duminda, when your company was up for sell, instead of it being an option for a merger, how come Etisalat.

Duminda: I’ll answer that in private.

Abu Saeed Khan: The governments have been ruining everything fine. In Bangladesh the government has mindlessly imposed tax on SIM cards. I asked the operators, why don’t you do something. They said no, no, we don’t do anything against the government. The operators never take any legal action. The industry has been absolutely shy to take any legal course. The question is why.

Dumindra: We have taken the regulator to court in this country, where there has been a case, but you can’t just go to court for everything.

Sanka Eskelinen (Nokia): There have been some mergers and acquisitions, so they are trying to adjust. The handset price has gone down 15% in the past five years, and we’re still in a business. We’re not asking for any protection. There are an increasing number of Chinese vendors coming in. We are adjusting. Guys, get your act together.

Divakar: A quick wrap up, maybe a minute each, what thoughts would you like the folks to take away.

Kristin Du Hauge: To LIRNEasia we do like the work on spectrum, taking that issue to governments. To go on being open and to talk directly. Which is not necessarily hard to communicate.

Keep it practical, keep it simple, dare to dream. In six or ten years time the world will look totally different. We are in the front seat of making that change.

My closing comment is that equipment vendors are now struggling, beware phone vendors, bubble is going to burst. I’m used to the criticism from the floor, this I hear from everybody. You guys were making money, and now you don’t know how to take it when it’s difficulty. There’s a cloud in front of a lot of peoples eyes. Maybe we’re wrong, I don’t know, but the sooner we understand it will be better.

We are in economic times where nothing is impossible. Take the global crisis, the housing boom. If we go to the peak of that boom and someone said this is going to crash, that housing is too cheap, that subrate is bad. Many people would say the market should act. But one year down the line, how much did government have to step in.

In Asian contexts it will be a shame if an opportunity to leapfrog our development is a loss. Last I would say that the handset and network go hand in hand. The handset manufacturers have done will, but they must remember that the cost and utility makes the purchase of a phone possible. If one side goes down the other will.

LIRNEasia, I would like to congratulate them on the cutting edge work they’ve done. The next step, there’s a huge opportunity to work out a debated solution to this issue.

KF Lai: I think the price of equipment and use will come down. I want to congratulate LIRNEasia for studying the usage of this bottom of the pyramid.