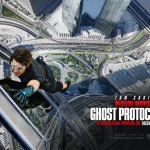 The UAE boasts of Burj Khalifa (Arabic: برج خليفة‎, “Khalifa tower”), the world’s tallest building, at Dubai. Now it has decided to be the very first country in Europe, Middle East and Africa in terms of futuristic mobile broadband rollout by combining 700Mhz and 800Mhz spectrum bands.

By maximising the spectrum for mobile broadband in harmony with the growing economies of scale for both bands, the TRA decision will enable nearly global interoperability and roaming. The UAE is predicting a rising demand for global harmonization of the APT 700 MHz band benefiting in the growing ecosystem of devices from Asia Pacific across the Middle East and Africa, through to Latin America.

TRA’s whitepaper titled, “Channel Planning & Availability for Mobile Broadband in the UAE” can be downloaded from here.