Digital famine is Africa’s own creation 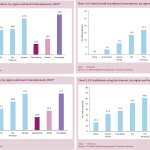 Africa lags far behind in every front of ICT indicators, according to the latest report of ITU. Subsequently a recent study of Analysis Mason said, “Every African country has international fibre connectivity, but lack of competition at the national level is keeping prices high.”

The study has detected that 35 of the 48 Sub-Saharan countries have no competition among national fiber providers. Eight have limited competition – that is, two providers besides the mobile companies, usually the incumbent fixed-line operator and either the government or the electricity transmission company.

The report hits bull’s-eye when it says the following:

Uptime is a major issue on terrestrial fibre networks in Africa. Common problems that lead to availability being much lower than in more-developed regions include:

Overhead lines can also be damaged by vehicles hitting the support poles, trees falling on the cables, wildlife (particularly monkeys) and vandalism. Lines carried on high-tension electricity pylons are generally more reliable because the cables are carried high in the air, the pylons are generally situated away from roads and the proximity of high-voltage power lines discourages vandals.