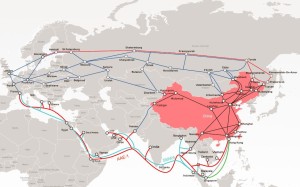 We carried a related story in February, but that lacked specifics on AAE-1. This Chinese report provides the details. But China Unicom cannot provide connectivity to Myanmar operators under the present arrangements.

The Asia-Africa-Europe Cable System (AAE-1) cable landed in Myanmar on Wednesday, Feb. 24, 2016, according to China Unicom, the Landing Party in Myanmar for the cable. The Chinese carrier is in charge of building the new cable landing station in Ngwe Saung, Myanmar.

The cable is going to open a new era promoting the broadband market across Asia, Africa and Europe. Construction of the cable is due to be completed this year.