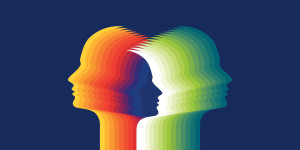 “The Think Tanks and Civil Societies Program (TTCSP) at the University of Pennsylvania conducts research on the role policy institutes play in governments and civil societies around the world.”

In its latest report LIRNEasia was listed under the category “Top Think Tanks in Southeast Asia and the Pacific” along with IPS, RCSS and CEPA from Sri Lanka and was only South Asian think tank to be listed under “Best Policy Study-Report Produced by a Think Tank ” which was focused on our work in Big Data for Development. We were the only Sri Lankan entity to be listed “Best Independent Think Tanks” in an unranked list of 144 global think tanks.

The TTCSP works with leading scholars and practitioners from think tanks and universities in a variety of collaborative efforts and programs, and produces the annual Global Go To Think Tank Index that ranks the world’s leading think tanks in a variety of categories. This is achieved with the help of a panel of over 1,900 peer institutions and experts from the print and electronic media, academia, public and private donor institutions, and governments around the world.

The Global Go To Think Tank Index (GGTTI) has become the gold standard of excellence for think tanks around the world and is widely cited by donors, journals, think tanks and policymakers.