What is the competition for international direct dialling into Myanmar? 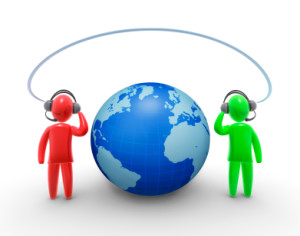 Reading a story about how profitable DTAC in Thailand found the up to 5 million Myanmarese living in Thailand to be, I was reminded of what LIRNEasia-MIDO had submitted in response to the draft International Gateway regulations in January 2016.

Toward the end of the story they do get to our point:

DTAC’s main competition is arguably not other telecom operators but rather new technologies, which are making old-fashioned IDD calls an unnecessary expense. “Nowadays Burmese people in Thailand, whether they are migrant workers, activists or academics, are using less costly methods such as Facebook Messenger, Viber or LINE to communicate with friends and relatives in Burma,” said U Soe Aung, a long time Thailand resident and spokesman for the Forum for Democracy in Burma.

“These days the Internet in Burma is not as bad as before, so you can communicate on Facebook Messenger, or Viber, or LINE which is more popular in Thailand,” he said. “And they are free. I don’t know how many Burmese are still using telephone operators such as DTAC, AIS or TRUE.”

In fact, according to industry statistics compiled by the main Thai mobile phone operators, subscriber numbers declined last year for the first time in a decade of steady growth, from 98 million in 2014 to 82 million in 2015. In the same period, Internet users jumped from 29 million in 2014 to 40 million.