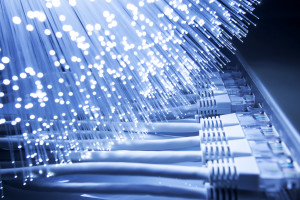 Osama Manzar of Digital Empowerment Foundation has written an op ed on BharatNet, still being described by the unfortunate acronym NOFN. We have been writing about it since Sam Pitroda came up with the plan in 2012-13.

What is sad is that the story has not changed much since 2013-14, despite governments and ministers changing.

In Palla village of Dadri, the village head informed us that NOFN cables had been laid in the area 18 months ago, but there was still no set-up box or Wi-Fi tower.

This is alarming because Ballabhgarh and Dadri are within a 50-km radius from Delhi. If this is the state of operations in areas that are fairly developed and in close proximity to the national capital, one can only imagine how things must be in the villages of states such as Rajasthan, Madhya Pradesh, Odisha, Andhra Pradesh and Meghalaya.

In December 2014, the DEF had visited several sites to analyse connectivity in the pilot locations of the NOFN, spread across 30 gram panchayats in Rajasthan, 15 in Andhra Pradesh and 14 in north Tripura. The analysis found that more than 67% of the NOFN points were non-functional. Not much, it seems, has changed in two years.