Spectrum management framework should not be destroyed for experimental service 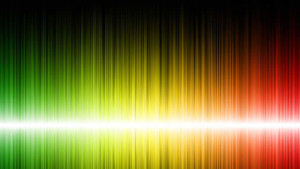 “We first told the companies who had been with us throughout, that because they had supported us through difficult times, we would give them a base frequency of 7.5Mhz (900Mhz band). The other companies, like Suntel, Lanka Bell and Lanka Telecom were given a base of 2.5Mhz (800Mhz band). When Airtel came in, they got a license at 5Mhz, because the 7.5Mhz was not free. Any extra frequencies they wanted would have to be bought through a bidding process at an auction. This principle has stood for the last 10 years,” said Dr. Samarajiva.

The government earned millions of dollars through auctions, and this held true when technologies such as 3G and 4G were introduced: “Frequencies are extremely valuable. The market should be allowed to determine the price,” he said.

Questions over whether Loon too, would be subjected to the auction arose when CEO of the Information and Communication Technology Agency (ICTA), Muhunthan Canagey at a press conference in April stated: “Traditionally, governments have only been selling spectrum to businesses. By becoming a partner, the government hopes to create value. As the value of the business increases, the government hopes to increase its own value.”