What are the harms of using R&D expenditures as indicator of innovation? 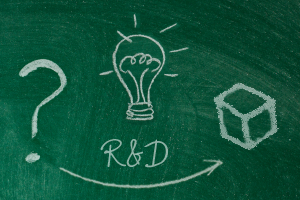 Martin Fransman gave a good keynote on what causes innovation at today’s ITS conference.

One question that arose from his discussion of Apple and a low-tech (low expenditure on R&D) company was how we could objectively measure innovation. Fransman answered by saying R&D expenditures were a bad indicator, being (a) an input measure, and (b) excluding a lot of service innovation expenditures (Apple was high here). No one would be misled into believing that Apple did not innovate.

After the session I was chatting about this with Michael Latzer of U Zurich. He asked what harm there could be in using R&D expenditure even if imperfect. My answer was that there was little harm in using R&D expenditures with regard to firms. But using government R&D expenditures as indicators of innovation, where more was better was harmful. Shoveling taxpayer money at (in many cases dysfunctional) universities and research institutes with little evidence of positive outcomes could be actually harmful.

Basic research has strong positive externality effects. Thus it is difficult to fund through the market. But using this rationale as a basis for taxpayer funding is problematic. Those benefiting from such funding must be held accountable for outcomes, not inputs.