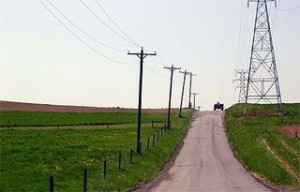 I and many others have been critical about the performance of universal service funds. One of the main criticisms has been their inability to efficiently disburse the collected funds. Having USD billions stagnating in these funds does not make any sense. In previous comments I have simply referred to the massive accumulations in the Indian and Brazilian funds, but I always thought it would be a good idea to develop an index.

The data are not always easy to get a hold of, but we are proposing an index, or actually two. One looks at disbursements in a specific year relative to what had accumulated up to the end of the previous year. Here we ignore what was collected in the year for which the calculation is made. So it is “kind” to the government/NRA.

When we do the calculations for India, Malaysia and Pakistan, we find that all three are below 10 percent. That is, of all the money collected up to 2013, only 1 dollar out of 10 has been spent. India’s accumulation is way higher than the USD 4 billion that was bandied about. It is now over USD 10 billion. Pakistan, despite being held up as a good performer, has been hovering around 5 percent the past few years.

The second indicator is even more generous to governments. Here we look at what has been disbursed in a year, relative what was collected in the previous one. Forget about accumulated funds.

Malaysia is the only one that has managed to hit 100 percent (actually a little higher) in a year. But even Malaysia’s performance has declined since 2013.

We intend to do the calculations for more countries down the road. For now, we believe it would be useful to get input on the method and the results for these three test countries. Here are the slides.