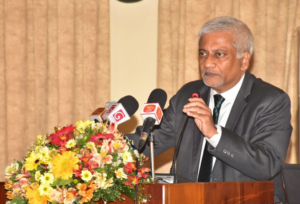 As a civic duty more than as the more mundane CSR, LIRNEasia has been assisting the Elections Commission on Sri Lanka since 2015 March by donating intellectual work on various aspects of improving the functioning of the electoral system, including a Constitutional changes and the working through of a strategic plan. Thus when I was invited to present the Indian Constitution Day Lecture at the University of Colombo, representation and stability was the topic that I picked.

Here is the summary concluding paragraph:

With regard to the discussions on how to balance representation and stability, the Indian Constitution’s relevance is not in terms of the electoral system per se, but in terms of the overall architecture. Including all three levels of government, clearly specifying how they relate to each other and how responsibilities are divided up would be useful. Most importantly, Sri Lanka should consider restoring the bicameral legislature it abandoned in 1971 by including a second house to ensure adequate representation of the provinces and the geographically dispersed minorities. It is through effective representation embedded in an intelligently designed Constitutional architecture that a democratic polity ensures stability.

A discussion on Digitalization and Regulation

On 19-20 October 2021, LIRNEasia Chair Rohan Samarajiva led the discussion on how digitalization and regulation can contribute to the provision of better bus services to the citizens of the Central Province of Sri Lanka.