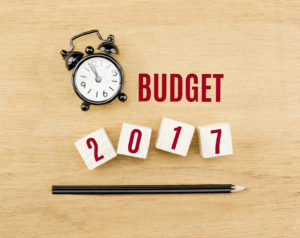 So it was with some surprise that I saw many policy proposals that did not have direct revenue/expenditure implications in the 2017 Budget, such as extension of the duration of visas issued to spouses of Sri Lankan citizens. The digital commerce proposal is also a policy proposal, but given the objective of ensuring the collection of relevant taxes, one could see a rationale for it being in the Budget Speech.

But it would have helped if the Minister had actually consulted knowledgeable people within government and outside before announcing his solution. Or considered the ability of the government of Sri Lanka to leverage access to a market of only 20 million to compel international giants such as Amazon and E Bay to use his yet-to-be developed common platform.

The identified problem is simple enough: a “bricks and mortar” supplier located in Sri Lanka is liable to collect VAT or other relevant taxes for certain transactions, while a digital commerce vendor located outside the country engaged in the identical business is not. How can the “playing field” be levelled in favour of the domestic, tax-paying vendor? How can this be balanced with the objectives of promoting digital commerce?

It is worth looking at how the European Union, which seeks to create a digital single market by removing barriers to cross-border digital commerce, has sought to address this problem. With digital commerce already amounting to 7% of retail sales (both the base and the percentage being magnitudes higher than Sri Lanka), the EU would have significant leverage over digital commerce vendors who could not afford to stay out of this massive market. Was the solution a “common government platform” that would be operated by Government? No.