Will India make crisis the opportunity to leapfrog into electronic payments? 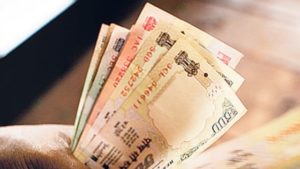 I frequently use the phrase “a crisis is too valuable thing to waste” usually attributing it to Rahm Emanuel, Obama’s first Chief of Staff. So I was intrigued by this column in the New Indian Express. The writer looks ahead beyond the blame game. The deed is done, however messy. Now how to make something out of it?

India’s transformation and many revolutions have arrived in the wake of crises. This is one crisis that must not be wasted. The biggest threat to transformation is incrementalism and the creation of committees. The first consequence of any crisis is conversations of a binary nature within the administration. Typically, it is stranded between “oh it has not worked” and “oh this just cannot be done”. The inescapable fact is that India fares poorly on financial inclusion—and this is most visible in the disruption in the economy. From farms to factories to families cash, is the reigning currency of the economy.

Just have lost a total of INR 500 because of the demonetisation and being spared the need to stand in lines, I can afford to think about the broader ramifications. I do not expect a trader with no business or a father unable to pay his bills to think like this. But the deed has been done. The Modi Government cannot announce that it made a mistake and say the notes are legal tender again. Now the question is whether this shock will catapault India into the forefront of e-payments?

There will be the usual rant about the poor and their ability to use technology, but remember over eight of 10 persons use prepaid recharge coupons, migrants working abroad leave parents with pre-paid cash cards and agri labourers in Himachal and Punjab send home money via mobile transfers.