Been thinking about AI for a while but realized there was nothing on the record. It’s good to have some record of what we are thinking about, as illustrated by the recent tweet I sent showing our first post following the launch of the iPhone.

What is artificial intelligence today? Roughly speaking, it’s technology that takes in huge amounts of information from a specific domain (say, loan repayment histories) and uses it to make a decision in a specific case (whether to give an individual a loan) in the service of a specified goal (maximizing profits for the lender). Think of a spreadsheet on steroids, trained on big data. These tools can outperform human beings at a given task.

The New York Times op-ed goes on to hyperventilate about the massive loss of jobs.

That’s not what we’ve been thinking about. Our countries have barely had to deal with the massive loss of jobs caused by ATMs, desktop computers and various other things people got excited about in the 1980s. In fact, our countries have been responsible for greater losses of jobs in the developed world than technology per se. 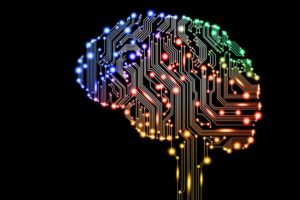 What we’ve been thinking is about decisions. Today, we’re working with big data and using algorithms to draw various conclusions. These algorithms are pretty opaque and pose challenges in terms of understanding quality and bias. With AI, the opacity will further increase. Some are suggesting algorithm regulatory agencies, which sounds crazy when we actually look at how inept the existing regulatory agencies are on most things. What we’re thinking about is a good alternative.