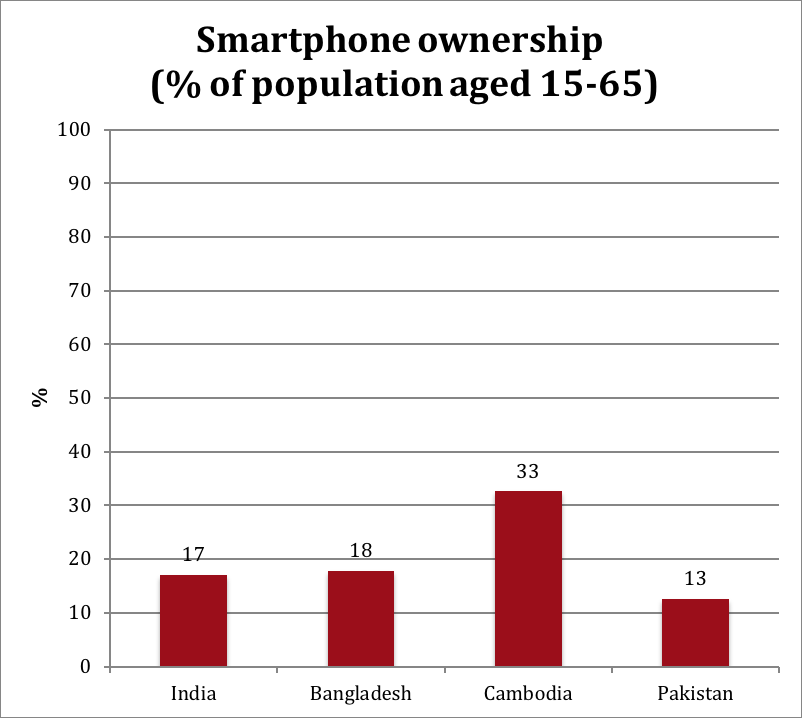 Smartphone ownership in Cambodia was higher than its South Asian counterparts, with a third of the population aged 15-65 reporting that they owned smartphones. The corresponding numbers in Myanmar, however, were even higher than that in Cambodia. Our research conducted revealed that 48 percent of the population aged 15-65 owned smartphones in mid-2016. The numbers are likely to have increased since. 78 percent of mobile owners reported using smartphones in this survey.

Some findings of the After Access nationally representative surveys, conducted in Asia, Africa and Latin America by LIRNEasia, RIA and DIRSI respectively, can be found here.