The AfterAccess surveys revealed that 65% of Indians between the ages of 15 and 65 did not know what the Internet was, and that 81% claimed not to use it. 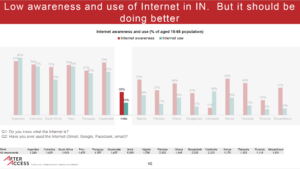 It was also revealed that women in India were 57% less likely to use the internet, than men. This gap was the highest after Bangladesh and Rwanda (both 62%): 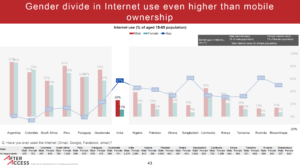 These findings were released in the report “AfterAccess: ICT access and use in Asia and the Global South” in New Delhi, today.

The presentation of the results by CEO Helani Galpaya was followed by a panel discussion which included: 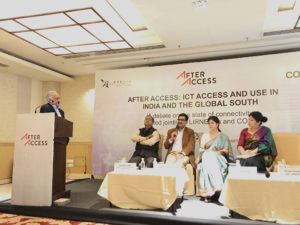 “It is possible to act on this data and develop policies,” said Special Secretary Sivasailam, “I am pleased that we have a baseline for the first time ever.”

Other key findings from the India report:

The press release for the event is available here

The full slideset presented at the event is available here

The report released at the event is available here