The AfterAccess surveys have shown that 26% of Cambodia Internet users aged 15-65 have experienced online harassment.

Reports were higher among women (29% of women aged 15-65 who use the Internet, vs. 23% of men), with most of the harassment being experienced while using social media platforms. Cyberstalking was a concern among female social media users in Cambodia. 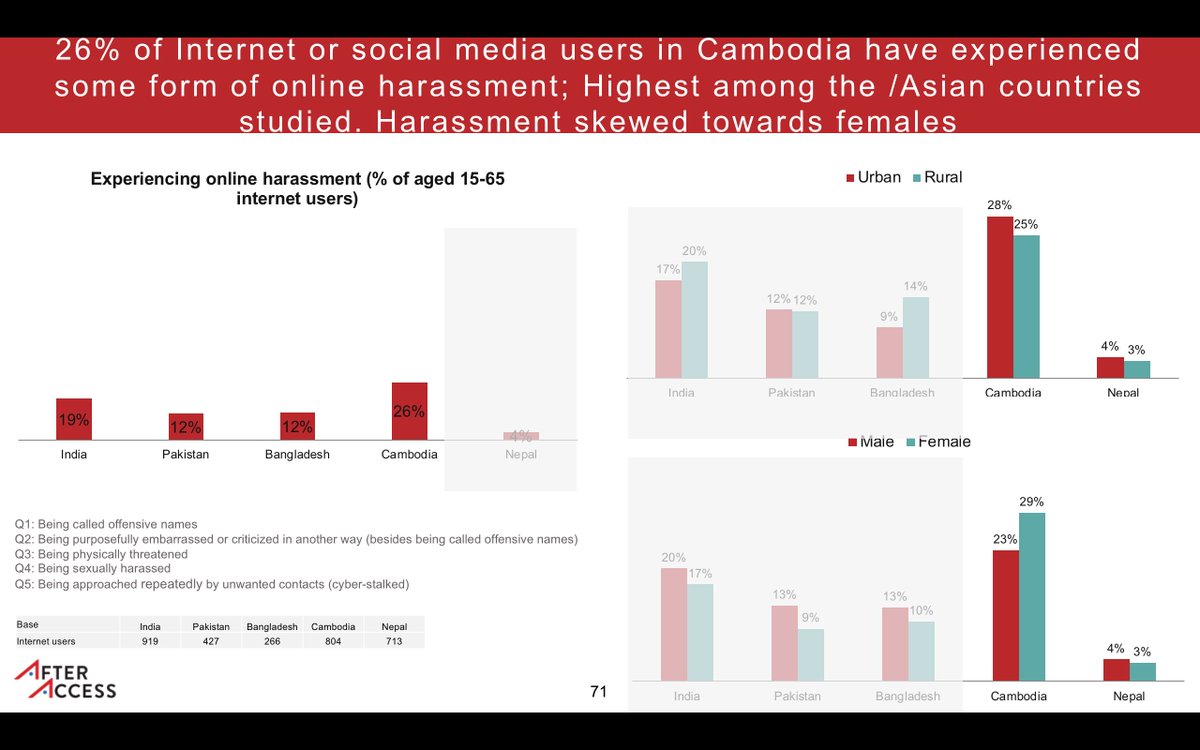 These findings were released in the report “AfterAccess: ICT access and use in Asia and the Global South” in Phnom Penh, today, at a sincere and encouraging panel discussion held at the Raffles Hotel Le Royal in Phnom Penh. Panelists included: 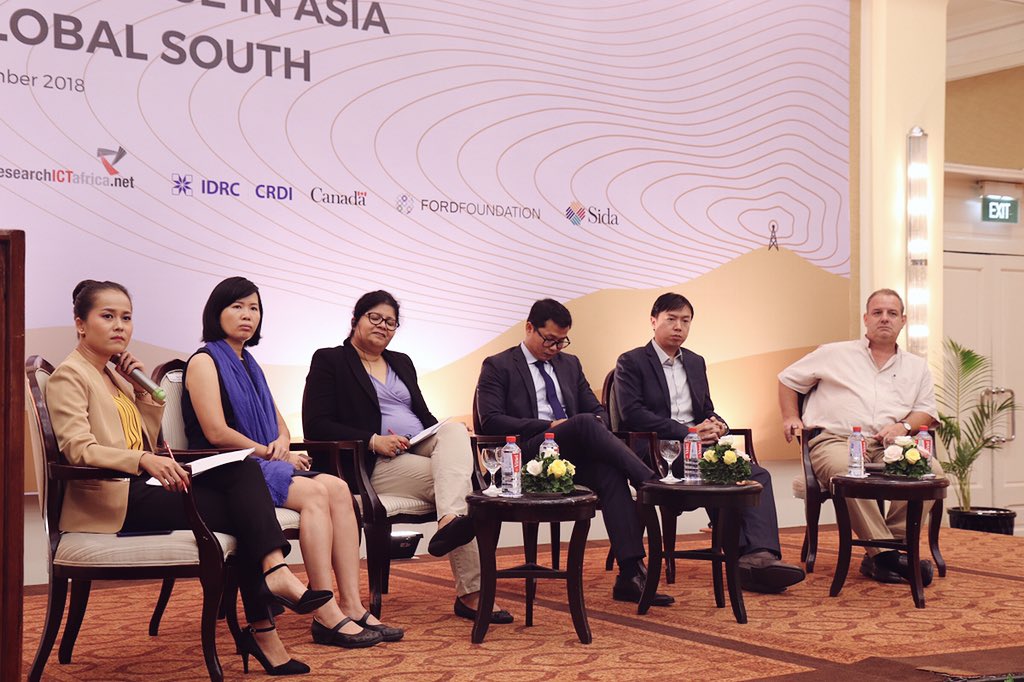 Galpaya presented the Cambodia-specific findings from the research to the gathering of government, corporate, media and civil society representatives at the event.

“Government should be investing in areas that are also of interest to the private sector. ICT is one of those areas,” she said, explaining the importance of AfterAccess and similar research to LIRNEasia’s first formal meeting in the city.

Among the findings shared included data such as the fact that rural dwellers in Cambodia are 21% less likely to own a mobile phone than urban dwellers. The problem here is that much of the national population are rural dwellers. 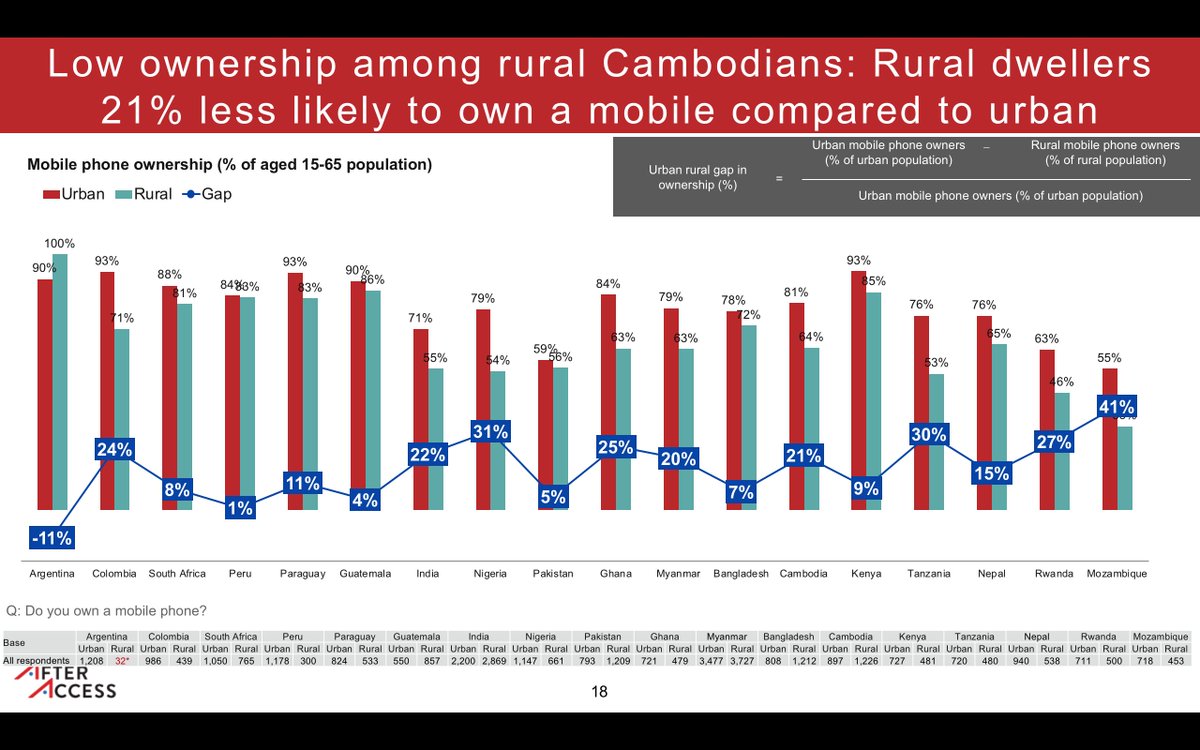 Interestingly, 35% of the Cambodian population seemed to use the Internet, although only 11% said they knew what it was.

Affordability was the biggest barrier to smartphone adoption in the country, with 50% basic or feature-phone owners citing cost as the reason they did not own a smartphone. Only 13% of the same group said lack of need was a barrier – the lowest among all the survey countries – demonstrating a relatively good awareness of the use of smartphones. 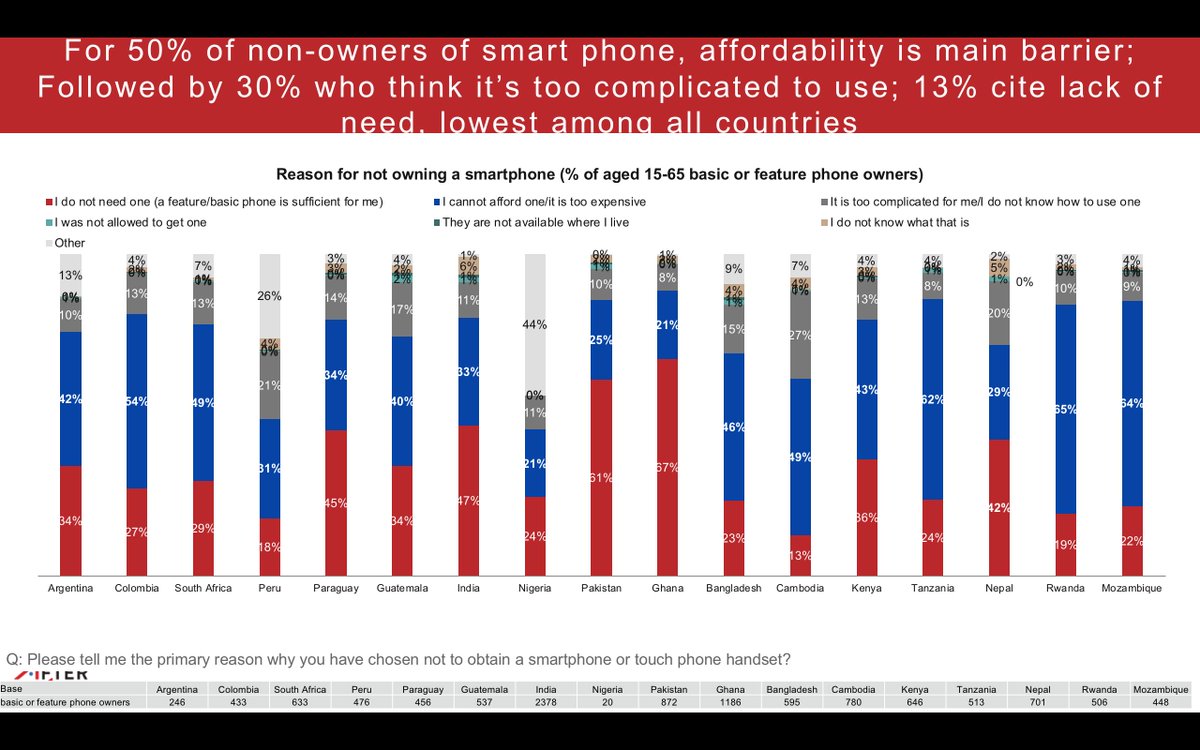 The response from all stakeholders was encouraging.

“We may not trust operators or media, but we trust scientific data,” said Kan Chanmetta, Secretary of State to Ministry of Posts and Telecom Cambodia. 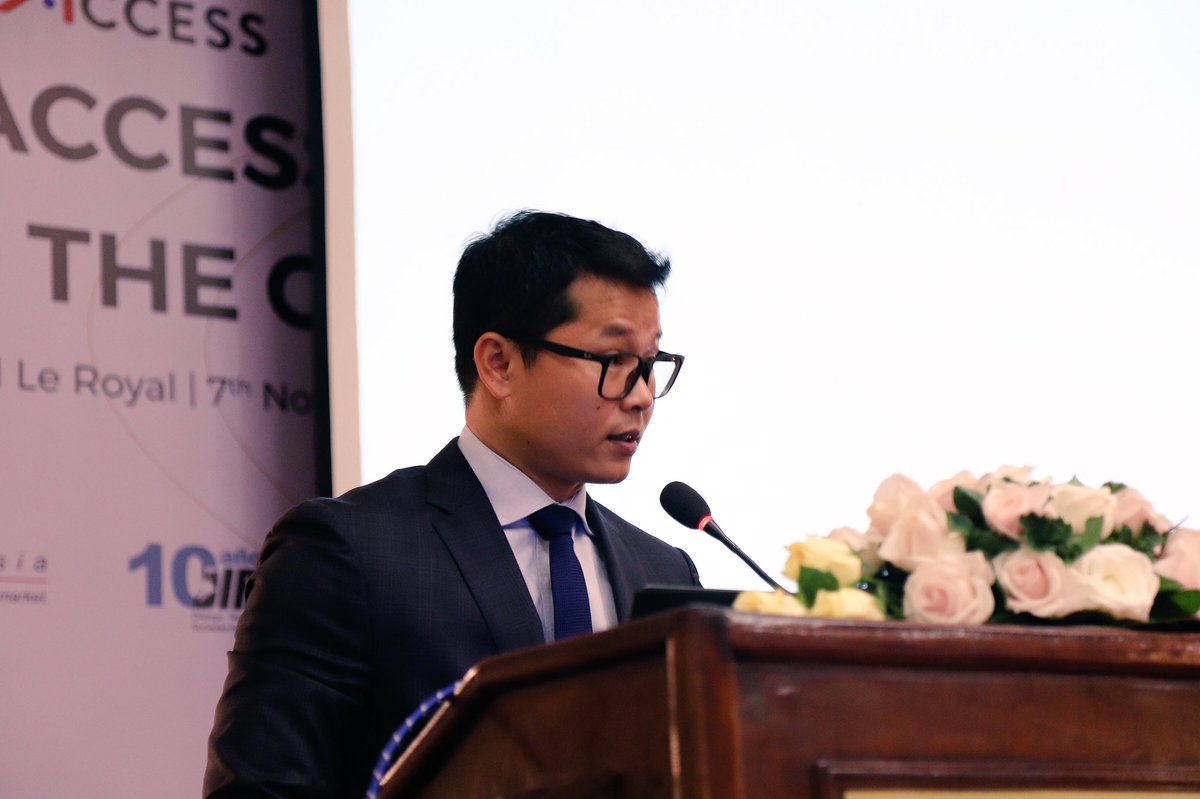 “We may not trust operators or media, but we trust scientific data,” said Kan Chanmetta, Secretary of State to Ministry of Posts and Telecom Cambodia commenting on AfterAccess Cambodia findings.

The panelists openly discussed issues to ICT access and use in Cambodia, starting with the fact that only one telecom operator in the country contributes to the universal service fund, leading to rural communities being at a disadvantage.

“Improving ICT is a lot to do with understanding the gaps and what people want,” said Suy Lan Channe, Managing Director, InSTEDD iLab Southeast Asia, explaining the importance of surveys such as AfterAccess, to solving issues related to ICT access and use in the country.

The slideset presented at the event can be found here.

Media coverage of the launch and results can be found here.