Trust is everything, or is it?

Trust has long been considered vital to effective pandemic management. The truth may be more complicated than that, as examples from COVID-19 show. 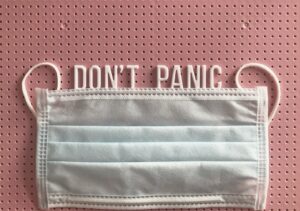 It has been argued that trust, including the public’s trust in their government, is an important component in the effectiveness of pandemic response. Pandemic control often involves far reaching measures by the state which can deeply impact and alter citizens’ lives. For instance, quarantines and stay-at-home orders enacted to prevent the spread of disease impose serious restrictions on people’s movements. Lockdowns can impose serious socioeconomic costs on certain groups, such as those who rely on co-presence-based, daily-wage jobs to earn a living.

It is not possible for the government to keep tabs on each and every citizen to make sure that they comply with rules, so rule enforcement likely requires some degree of trust. As with all rules, citizens need to trust the government so that they voluntarily comply with pandemic-control regulations. During the COVID-19 pandemic, political figures who can promote trust have been praised. German Chancellor Angela Merkel, has been applauded for her honest and open communication with the public, which can develop trust. New Zealand’s Prime Minister Jacinda Ardern and her government have also earned plaudits for effective communication and building trust with the public. New Zealand’s COVID-19 response has been highly rated.

However, there also seems to be evidence, conversely, that low trust may be a useful tool in pandemic control. The Economist has cited the example of Romania, (among other Eastern European nations) where trust in government and fellow citizens is low. As The Economist explains, mistrust between government and citizens prompted the Romanian government to issue strict lockdown measures – emergency was declared even before Romania recorded a single official death, written statements were needed to venture out of one’s home, and those who disobeyed the laws were fined. Romania has had a lower number of deaths than, for example, Sweden, a high-trust society, where the government has mostly resorted to guidelines, and there is no lockdown in place. Sweden’s state epidemiologist Anders Tegnell has conceded that the number of deaths is too high.

Furthermore, Zeynep Tufekci has argued that Hong Kong has been relatively successful in containing COVID-19 not because of its government but in spite of it. Tufekci notes that Chief Executive Carrie Lam remains deeply unpopular, and was slow to respond to the pandemic. Ordinary Hong Kongers widely chose to wear face masks, and various volunteers filled hand sanitizer dispensers, and disseminated information on hospital wait times, tracked COVID-19 cases, and provided other important information. It seems here that lack of confidence in the government led ordinary citizens to proactively take COVID-19 control measures, helping contain the spread of the virus.

What, then, do these seemingly contradictory cases reveal about trust? On the one hand, one could argue that high trust means that people are more likely to follow the rules because they are persuaded of the validity of the government’s measures. On the other hand, low trust means that pandemic containment measures are likely to be more stringent. Greater suspicion can lead to greater precautions, thereby keeping people safe. Both high and low trust could help limit the spread of pandemics, depending on local context.

However, there is a further test of the role of trust in pandemics, which will come not during the lockdown stage but in the opening up. One may argue that for citizens to resume normal activities, they need to trust the government’s word that it is now safe to venture out, as well as trust advisories on how to keep safe. It has been noted that trust in government may be an important precondition for citizens to be comfortable resuming ordinary economic activities. When lockdowns are lifted, people will inevitably come into closer contact with each other, carrying the potential risk of an uptick in infections. The role of trust in how post-lockdown societies fare is a subject for further study.