App-based contact tracing solutions have become popular during COVID-19. However, given their mixed results, wearable technology may prove to be the future. 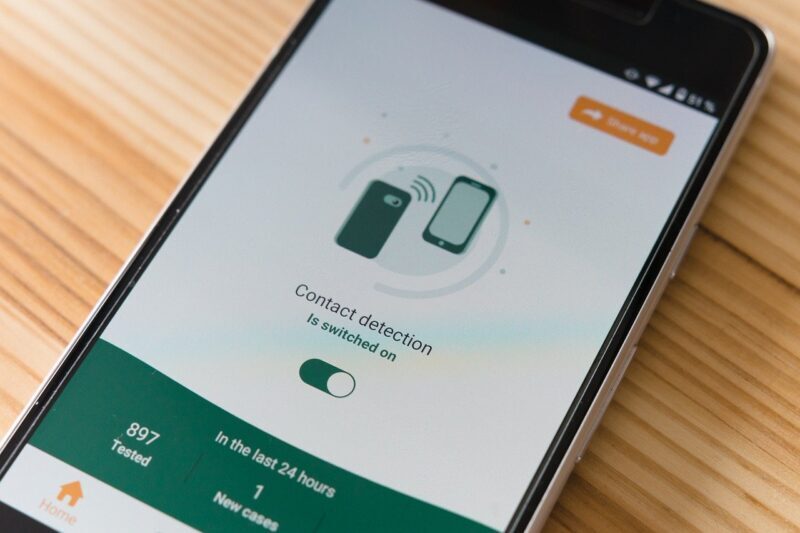 Image by Markus Winkler from Pixabay

Early last week, it was reported that Singapore had started distributing Bluetooth-powered, wearable contact tracing devices to the elderly, as the first phase of a renewed effort to cover each of its 5.7 million residents with a digital contact tracing device. This new device follows the limited uptake of the earlier TraceTogether mobile app, which has only been downloaded 1.8 million times according to government sources; a far cry from the 75% population coverage that is said to be needed for it to have a substantial impact. With most countries still struggling to successfully deploy digital contact tracing solutions, Singapore’s new experiment could yield valuable lessons.

Contact tracing is a key public health measure aimed to curtail the spread of an infectious pathogen during a pandemic by identifying and isolating people who may have come in close contact with an infected individual. Contact tracing is said to be especially effective at the flatter ends of the pandemic curve: at the initial onset of the disease, and when economies are ready to fully reopen having reached low community spread. Since research has indicated that the spread of the SARS-CoV-2 virus is too fast to be curtailed using purely manual contact tracing methods, the COVID-19 pandemic has seen the development and deployment of several digital contact tracing solutions.

The first wave of these solutions was seen in China and South Korea, where people’s locations were tracked using security camera footage, credit card records, and GPS data from cars and cell phones. This approach, which also involved mass-broadcasting of confirmed cases, was heavily criticized by technology experts and activists since such technologies can, among others: compromise the privacy of individuals; help spread misinformation and create panic; prompt risky behaviour; lead to fraud and abuse; and put the security of collected information at risk.

Due to the many concerns of location tracking, an alternative, Bluetooth-based approach – which only detects the proximity of individuals to each other without tracking their locations – has since become popular, and it forms the basis of the much-publicized Apple-Google API for contact tracing. However, weeks before the tech giants’ partnership was announced, Singapore’s Government Technology Agency (GovTech) had developed and deployed “TraceTogether” – the first decentralized, large-scale, Bluetooth-based digital contact tracing solution. This smartphone app was based on the “BlueTrace” protocol, which promised several layers of privacy safeguards. However, a number of issues of the app were identified upon release. Both Android and iOS operating systems posed problems in trying to use Bluetooth in the background, requiring the app to be active in the foreground to be useful. The app was also not useful for those without compatible smartphones or did not have a smartphone at all.

The new wearable device aims to overcome many of the limitations of the TraceTogether mobile app. A recent blog post by one of the independent experts invited by the Government of Singapore to inspect the new device, breaks down its details. The new contact tracing device is based on the same BlueTrace protocol developed for the TraceTogether mobile app. The device is said to be small, lightweight, and easy to use with an estimated battery life of six to nine months. Each wearable device carries a unique QR code personalized for a given recipient’s use. The device can exchange signals with other devices close by, or with mobile phones running the TraceTogether app. The proximity data is encrypted and kept in the device for a maximum of 25 days. Since the device has no internet or cellular connectivity, encrypted data cannot be remotely extracted from a device. The device does not collect GPS data and the download of Bluetooth proximity data of confirmed cases will only happen once the device is handed over to the authorities.

Despite its many promises, the new device has not been received with equal enthusiasm by all Singaporeans. An online petition titled “Singapore says ‘No’ to wearable devices for Covid-19 contact tracing” had received more than 50,000 signatures as of 4th of July. The petition highlights the potential dangers of authorities being able to “track a citizen’s movements 24/7, regardless of whether the person has a phone or not”. The use of the app and the token are currently voluntary, but any refusal to cooperate with health authorities, such as sharing data logs once confirmed with the disease, is an offence under the Infectious Diseases Act.

The Government of Singapore has conducted several press conferences and taken to social media to address the concerns of its citizens around the new contact tracing device. The device has also received positive reviews from the independent group of experts one of whom concluded that “the device accomplishes the goals it set out to, while preserving the privacy of the owner.” Further, according to Singapore’s Smart Nation and Digital Government Group (SNDDGG), the new device is governed by all public sector data protection laws with only a handful of authorized personnel from the Ministry of Health having access to the collected data.

While Singapore is not alone in testing wearable technology for contact tracing, this is the first recorded instance of a large scale deployment. Given the mixed results of contact tracing applications in several countries, the results of this experiment could pave the way for a viable solution for successful contact tracing. It could be particularly effective in countries in the Global South where low smartphone penetration excludes a considerable portion of the population from app-based contact tracing.  However, mass-producing high-quality wearable devices at low cost will be a crucial challenge going forward. Further, in the absence of laws that impose mandatory use, governments will need to gain and maintain public confidence and trust to get enough people to use these devices for them to be effective. As highlighted by a recent report by Johns Hopkins University, in order to gain public trust, digital contact tracing solutions will need to: maximize public health utility while respecting other values; have transparent governance and oversight built into them to prevent misuse and technology creep; and rely on continuous evaluation to inform policy and practice.