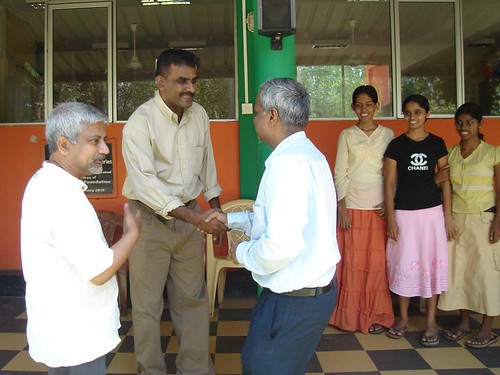 Business Process Outsourcing (BPO) at the Bottom of Pyramid (BOP) level is still not too common. Prof. Ashok Jhunjhunwala accompanied by a LIRNEasia team made a visit to Mahawilachchiya to have a close look at the first (still emerging) rural BPO there recently. On the same day, The Economic Times of India quoted Prof. Jhunjhunwala saying: ““Like manufacturing grew in China, services and manufacturing should grow in rural India. The sourcing and design can happen here (metros like Chennai) but the manufacturing should be taken to the rural areas and be managed through IT.”

Professor Jhunjhunwala has added that eventually people will set up their own enterprises in rural areas, thus mitigating widespread migration.Read the full story: http://tinyurl.com/2qugz2

I happened upon an early account by Chulie de Silva of how it all began at Mahavilachchiya and Nivaththakachethiya that may be of interest to the readers of this thread (since it was, for a long time available on the web, I am assuming it is in the public domain): chulie_onwanni.doc