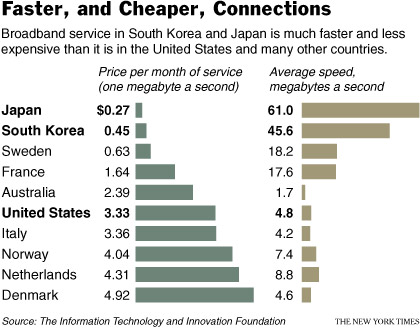 Nearly eight million Japanese have a fiber optic line at home that is as much as 30 times speedier than a typical DSL line.

But while that speed is a boon for Japanese users, industry analysts and some companies question whether the push to install fiber is worth the effort, given the high cost of installation, affordable alternatives and lack of services that take advantage of the fast connections.