Pakistan is not the only country that blocks Internet 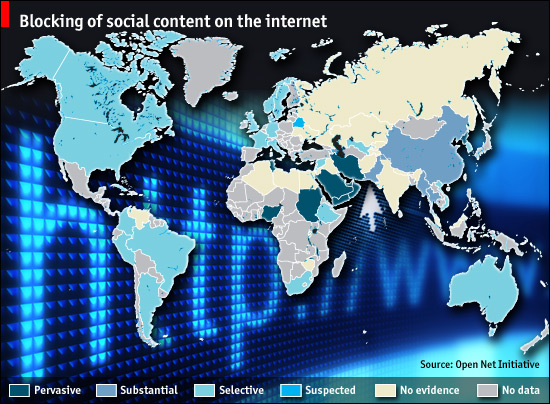 The Economist is not correct saying ‘No Evidence’ of Internet blocking in Sri Lanka, and in Laos and Cambodia the Internet usage is low so blocking does not make any difference.

As shown, even in Asia the attitude of officialdom varies when it comes to filtering content of a social nature. In many places agreements are set with service providers to block nasty stuff such as child pornography. In a few countries intervention is stronger, up to the level of pervasive censorship. This week Pakistan’s block on YouTube accidentally caused an international outage for that website. Iran and Saudi Arabia have also prevented their citizens from accessing the video-sharing site.