Death of the public pay phone? 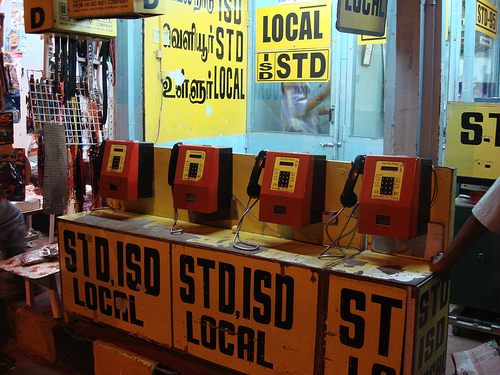 Those who are old enough might remember the days where you lived in a house that had no telephone. When you want to take a call you went to post office or a public place where telephone facilities are available.

In India, Sam Pitroda’s name went into history for the ubiquitous, yellow-signed Public Call Offices (PCO) that enabled cheap and easy domestic and international public telephones all over the country in 1980s.

Nearly two decades later the rapid expansion of mobile phones has finally brought that era to an end. Not surprisingly, public pay phones are rarely used these days. This photograph taken in Chennai few months back tells it all.

In UK, Telecoms giant BT has proposed removing 194 payphones from its network in the Highland region.  It says an increase in the use of mobiles has led to calls made from phone boxes and payphone points falling by half in the last three years.

RFP: A nationally representative study on Impact of COVID-19 on households and the workforce in India

We are inviting Proposals from potential Bidders to conduct a nationally representative study on Impact of COVID-19 on households and the workforce in India.