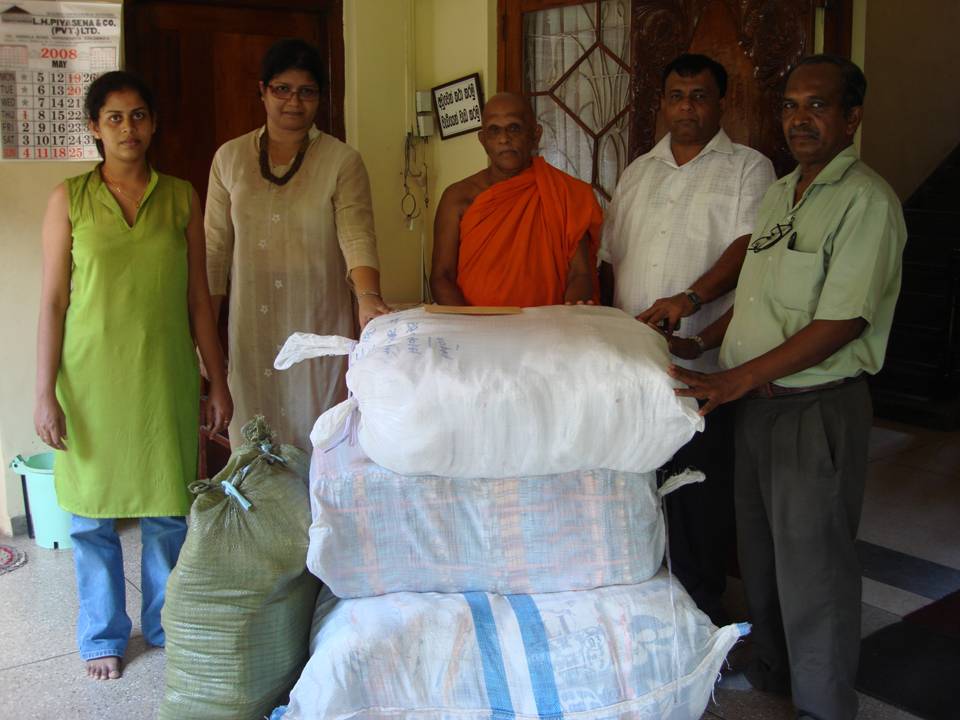 LIRNEasia today handed over items worth of USD 1,500 to the fund established by the Lekhadikari of the Amarapura Nikaya, Ven. Kotugoda Dhammawasa thero to be distributed among victims of the cyclone Nargis in Burma.

Cyclone Nargis was a strong tropical cyclone that caused the deadliest natural disaster in the recorded history of Burma. The cyclone made landfall in the country on May 2, 2008, causing catastrophic destruction and at least 80,000 fatalities with a further 56,000 people still missing. However, Labutta Township alone was reported to have 80,000 dead and some have estimated the death toll may be well over 100,000.Damage is estimated at over $10 billion (USD), which made it the most damaging cyclone ever recorded in this basin.