Sri Lanka: Restricted usage = more revenue? Do we miss something? 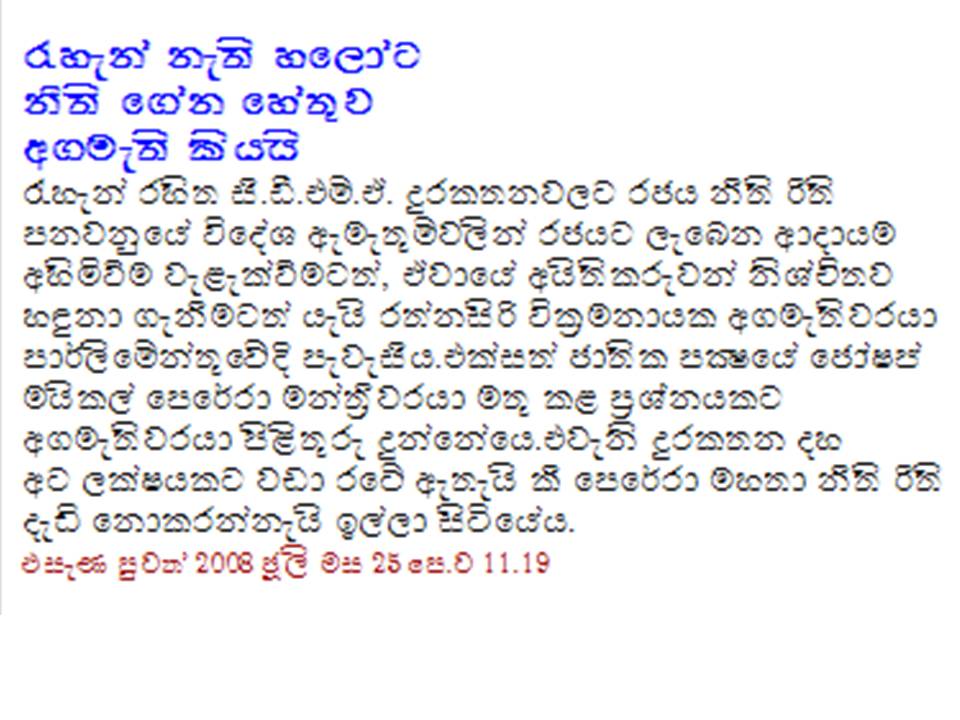 This is from Lankadeepa online. It quotes Prime Minster Ratnasiri Wickramanayake saying one reason of restricting CMDA phones to be used only in one address (registered one) is to prevent the loss of government revenue from international traffic. He was responding to a query by Chief Opposition Whip Joseph Michael Perera MP at the parliament.

Sri Lanka uses CDMA technology for fixed connections but with signals available anywhere within local loop, or if not been blocked by the operator even outside, it can be converted to a ‘mobile’. Given the distinct sharing behaviour we have seen at BOP, many may use their CDMAs in multiple locations. (eg. Guides at Udawalave park use them as car phones). New laws can bring the usage down, unless present non-owner users purchase their own immediately, which is unlikely. This will make government revenue (as tax) less and not more – unless we miss something.