A world free from 9/11s and tsunamis? 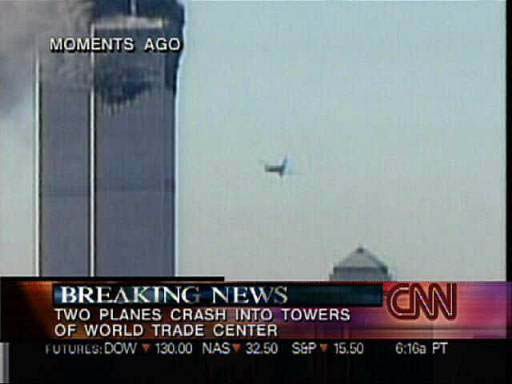 Exactly seven years from yesterday (still today to some), early in the morning on September 11, 2001, nineteen hijackers took control of four commercial airliners en route to San Francisco and Los Angeles from Boston, Newark, and Washington, D.C. The hijackers flew two of the airliners, American Airlines Flight 11 and United Airlines Flight 175, into the North and South Towers of the World Trade Center. Another group of hijackers flew American Airlines Flight 77 into the Pentagon. A fourth flight, United Airlines Flight 93, whose ultimate target was either the United States Capitol or White House, crashed near Shanksville, Pennsylvania. The rest, as we say, is history.

What 9/11 was to the West, ‘the’ tsunami was to the South. Caught unaware, more than 225,000 lives in eleven countries were lost on that fateful Boxing Day of 2004 by a tsunami caused as a result of an earthquake with that reached 9.1 in the Richter scale, with an epicentre off the west coast of Sumatra. Indonesia, Sri Lanka, India, and Thailand were the hardest hit.

The two were different. The tsunami was a natural disaster and 9/11 was man-made. 9/11 events took 3,000 lives – and tsunami nearly 75 times of that. The tsunami did not create a recession as in the aftermath of 9/11 though the misery that it caused to millions of families and individuals in Asia was immeasurable.

They were similar. Both were universal tragedies that had an impact far beyond national boundaries. Both were turning points of modern human history. Both made the entire world stand still with utter shock and grief.

Then the inevitable questions: Can we let these repeat? Can Homo sapiens think of their common future in the blue planet if they are not ready to face the increasing threat from disasters – be they natural or man-made? What can WE do? What can I do? 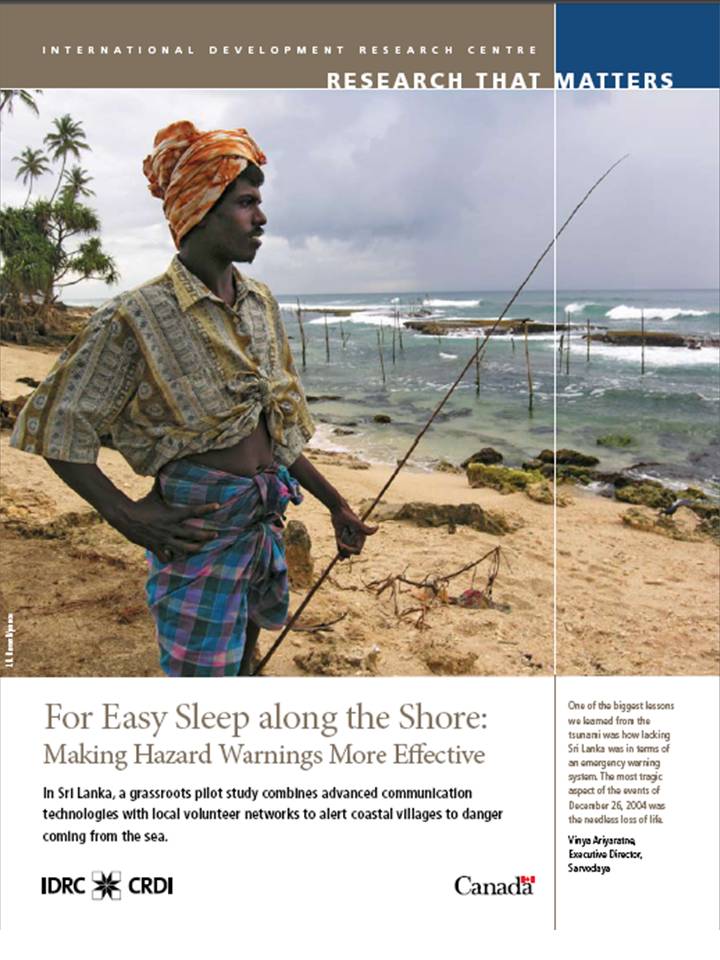 What LIRNEasia did can be best presented in the words of International Development Research Centre (IDRC) in one of their electronic newsletters entitled ‘Research that matters’:

IDRC’s lead research partner was LIRNEasia, a non-profit organization that aims to improve the lives of Asia’s people by using information and communication technologies (ICTs). LIRNEasia has had considerable experience on the use of ICTs in disaster situations. The project also drew upon the extensive networking resources of Sarvodaya, a large village-based self-help movement in Sri Lanka, and upon the disaster communication expertise of Buddhi Weerasinghe of TVE Asia Pacific, Peter Anderson of Simon Fraser University, and Gordon Gow of the University of Alberta, among other partners.

These options were tested for reliability under varying conditions, reaction time, bidirectionality (so that alerts can be confirmed and false warnings minimized), and degree of integration into daily life.

This last-mile system aims to complement and “amplify” the Sri Lankan government’s national alerting function, rather than to issue official public warnings. Project leaders hope that if they can demonstrate an efficient lastmile mechanism, the government will adopt it.

This goal may be advanced by pressure from Sri Lanka’s coastal villagers themselves. The project’s training exercises heightened their awareness of the importance of disaster preparedness, and many communities have demanded that such programs be continued and expanded. Many of the Sarvodaya villages have started emergency response committees to strengthen local disaster resilience.

Meanwhile, the technology and the training have been tested in an actual emergency situation. In September 2007 an earthquake triggered a government order for coastal areas to evacuate ahead of a possible tsunami. Most villages did so, but at least one community — thanks to links with the Colombo hub by satellite radio and Java-enabled phones — decided instead to monitor the situation. The emergency response coordinators observed the ocean before mobilizing the people to flee. In the end, the tsunami did not happen. The government order had been an overreaction, and so the system served to avoid a costly and needless evacuation.

This multi-faceted research endeavour has drawn attention to the many technical and people-centred problems that must be confronted if such hazard alert systems are to work.

(Full document can be downloaded from here or available at the IDRC site here.)

We know that research per se will not prevent the recurrence of 9/11 or a tsunami disaster. Still, we believe will help by allowing us to be more prepared. We are happy that we completed this research. And we are happy that our efforts have been recognized.