One local telco CEO recently whined about being viewed as a cigarette manufacturer. “Everybody wants to tax us, as if mobiles are a product more hazardous than cigarettes. Tobacco kills, mobiles don’t; communication facilitates better living conditions and saves environment because it reduces transport. It is gross unfair both are seen in the same light.”

As Wikipedia tells us, cigarettes are a significant source of tax revenue in many localities. This fact has historically been an impediment for health groups seeking to discourage cigarette smoking, since governments seek to maximize tax revenues. It is established that higher prices for cigarettes discourage smoking. Every 10 percent increase in the price of cigarettes reduced youth smoking by about seven percent and overall cigarette consumption by about four percent.

We hope Udaya Prabhath Gammanpila, Chairman Central Environmental Authority, will take note. If you think we use too many mobile phones – yes, taxing usage is the ideal path to bring it down. If not, you are making a dangerous precedent.

Taxing mobile usage by one ministry is an ‘open sesame’ for the rest. Ministry of Health can claim mobiles cancerous. Ministry of Education will find them disrupting studies. Perhaps the ever vigilant Ministry of Women’s Affairs may link mobiles to teen pregnancies – a correlation we would have never know if not for the District Secretary of Badulla. Given the other remarks he makes, to hear IGP saying mobiles increase crime will not surprise us. Almost forgot it – Telecommunication Regulatory Commission itself thinks mobiles are a prime reason for increased terrorist activities.

Bravo! Why not all these gentlemen and ladies tax mobile usage 2% each? (After all, it is about Rs. 10 per month for many, the price of a cup of tea.)

By the way, Rohan Samarajiva, LIRNEasia’s Executive Director had been busy for the past few weeks in making his case against ‘Envy Levy’ for mobile usage. We reproduce two of his articles here to Ravaya and Lankadeepa, in case The Chairman CEA had missed them. (Udaya, please click on images to get a full view) 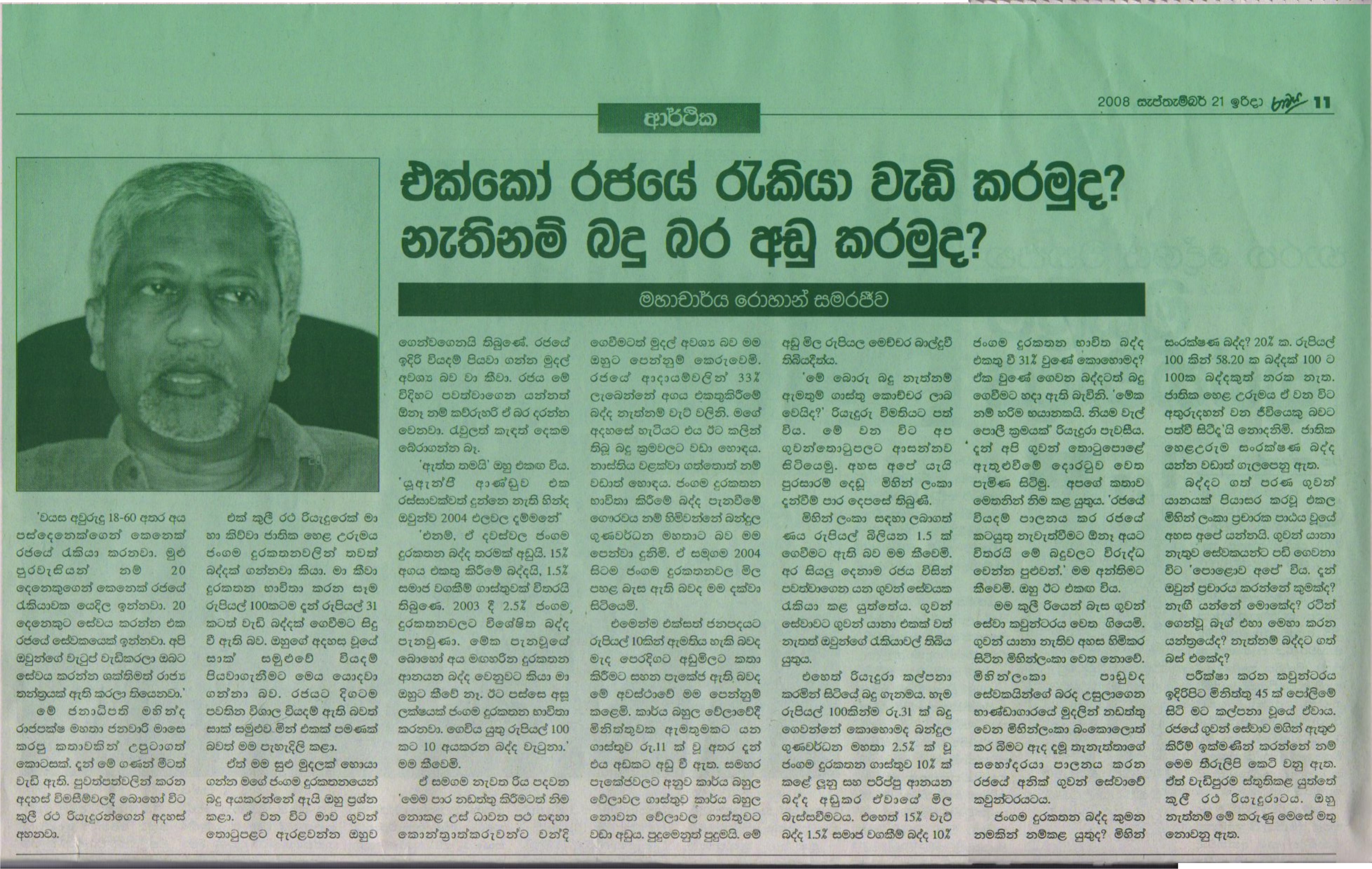 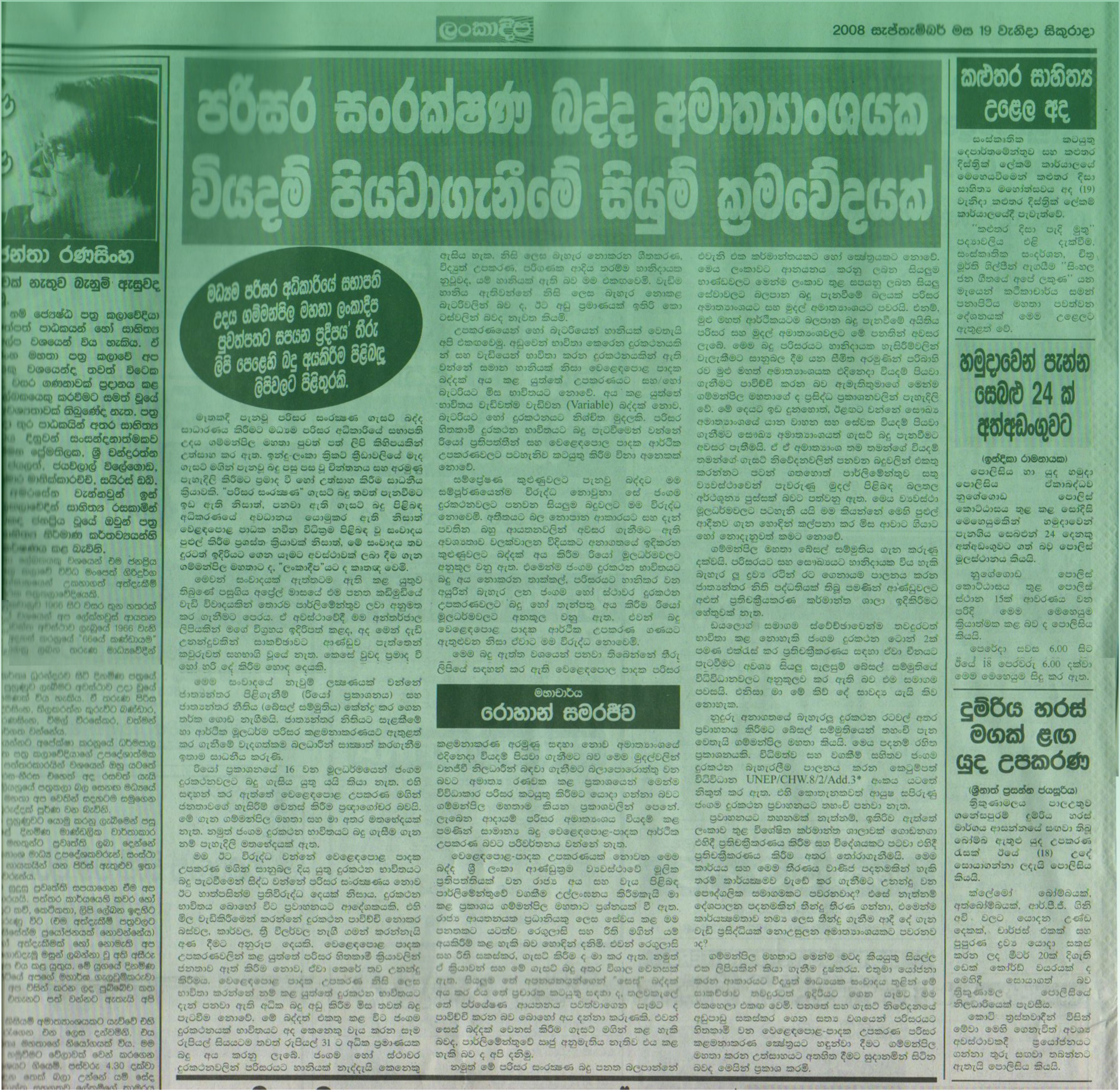