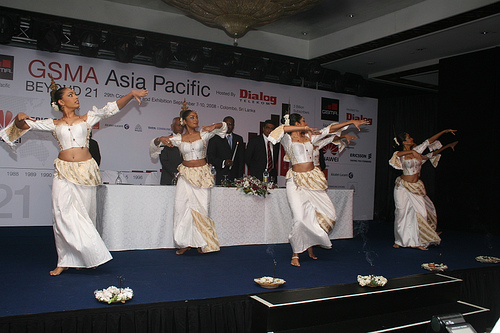 Asia Pacific telecom operators had a big party in Colombo this week. They were celebrating the 21 st anniversary of the global mobile standard, GSM. Despite a few puzzlingly sexist comments about the significance of the 21 st birthday to a “Young Girl” (as though it was not significant for a male) it was a good party.

Anyway, the point is that it was not just fun and games. The conference that followed was a serious one. In the industry leaders’ forum LIRNEasia was also given a place. I have been to many of these events, both at ITU Telecom when they used to be the preeminent industry gathering place and at other industry fora, and I have never seen anyone other than CEOs and government ministers or regulators invited for these kinds of headline sessions. I think industry is beginning to see the value of organizations such as LIRNEasia which bring evidence to bear on issues and allow for independent assessment of policy and regulatory actions.

Industry events can be, and are, used to stroke the egos of powerful government officials and build industry camaraderie. It is good that they are being used for more than that. Stroking egos is necessary when government officials hold so much discretionary power and the independence of regulatory agencies is a thin façade that only the ITU believes in. But it is important to try to get beyond this culture. After all, how can the telecom industry claim to be laying the foundation for a knowledge economy if it does not give weight to knowledge and evidence? 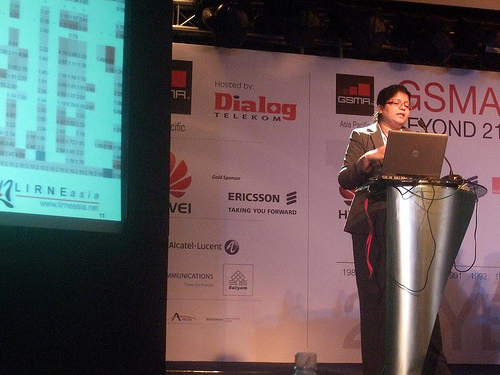 In addition to the Leader’s Forum, LIRNEasia organized a regulatory and policy session which had as participants Adam Denton (Head of Regulatory Affairs at the GSM Association), Samir Satchu (the Government and Regulatory Affairs head of Roshan, the heroic Afghan operator), M. Aslam Hayat (a regulatory expert from Pakistan) and Helani Galpaya of LIRNEasia. Helani’s and Aslam’s slides are worth taking a look at, providing new ideas on how to think about international roaming and license renewal among other matters.

The slides are here.