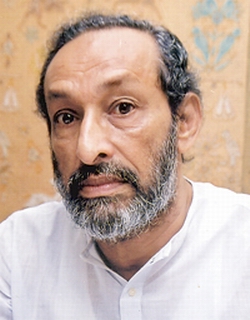 Senior citizen and former left wing politician Vasudeva Nanayakkara, who drew attention as a public activist as the successful petitioner in the Lanka Marine Services Ltd., (LMSL), is now threatening to take up another public interest issue in court – failure of the Telecommunications Regulatory Commission’s (TRC) to comply with a Supreme Court (SC) order of May 7, 2007 to draw up a new tariff structure.

In a letter dated October 10, 2008 to TRC Director General Priyantha Kariyapperuma – copied to The Sunday Times – Mr. Nanayakkara states that ‘OPA’s experts in their presentation to the TRC, around March 2008, explained and established that the TRC’s tariff proposal recommended to the SC is flawed mathematically and technically and that it is in violation of the provisions in the Sri Lanka.

In particular, Mr. Nanayakkara writes that the TRC did not put up to the SC that the per-line operating costs of the SLT since its privatization in 1998 has been declining at around 15% per annum. The TRC also provided disinformation to the SC, to conceal the urgent need arising from above, to update the outdated X factor of price cap CPI – X. The X factor is not a one-time set value. Its regular revision is an essential requirement that underpins its core aim which is to sustain market competitiveness in the fact of advancing technology and declining costs, the letter said.

Further, Mr. Nanayakkara said the TRC also did not inform the SC of the abrupt suspension of this license condition in 1997, on the unjust insistence of Nippon Telephone and Telegraph (NTT), at the time it entered into a joint agreement with SLT, which stalled reduction of tariffs. The TRC also did inform the SC that it failed to revise X in 2002 when the suspension was terminated in 2002 and the Government took measures to revamp the market competitiveness.