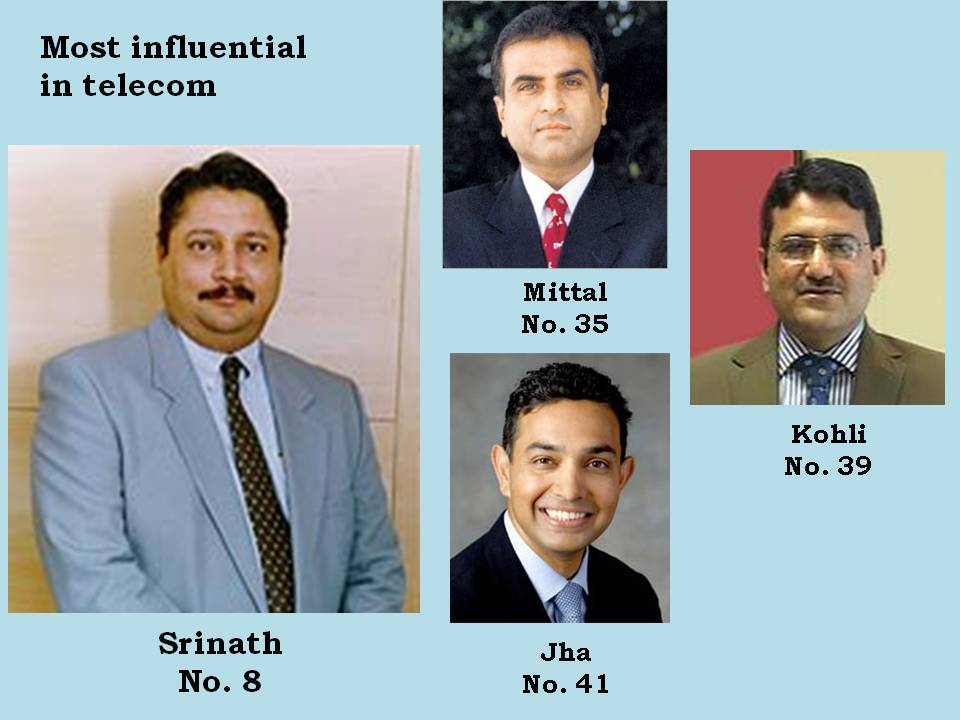 Global Telecoms Business, a journal for communications service providers around the world, has named Tata Communications (formerly VSNL) CEO N Srinath has been as one of the 10 most influential telecom personnel.

Among the top 100 telecom personnel named by the magazine, N Srinath has been positioned at number 8. He has been credited for transforming Tata Communications in an international company and for the acquisition of networks like Teleglobe and Tyco Global Networks.

Tata Communications’ President of global data and mobility solutions Vinod Kumar at number 68 and former CEO of Vodafone Arun Sarin at 71 are other Indian in the list.