Broadband in Bangladesh: Should we remain pessimistic? 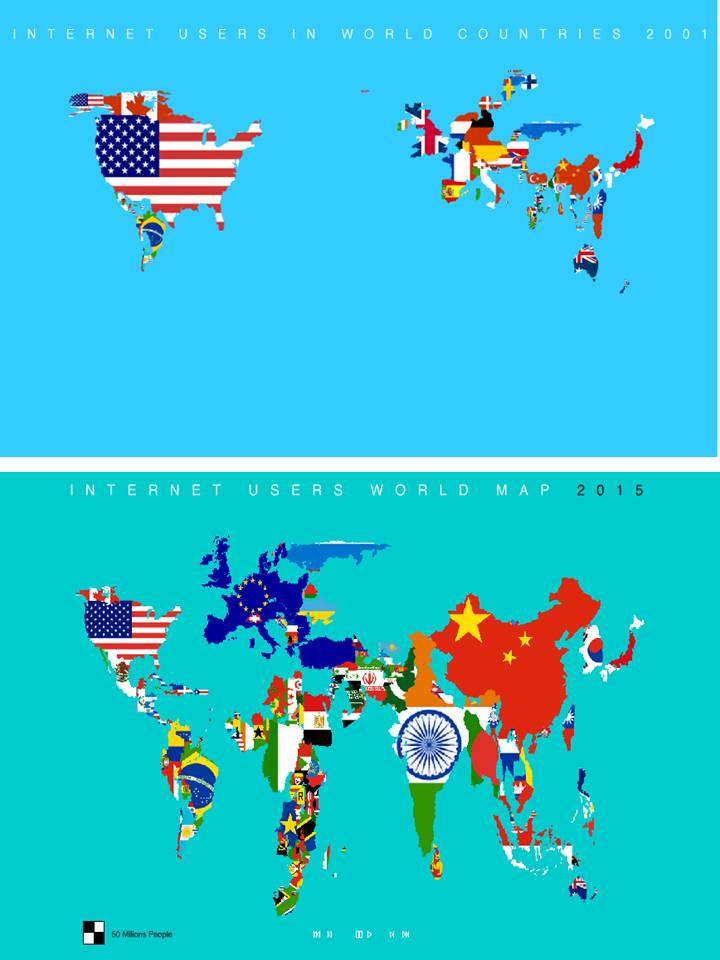 Surprises me, the skepticism of some Bangla friends here about their own broadband potential. The rest of the world seems to think otherwise. In the maps above the country sizes indicate their Internet penetration. Bigger the country more widespread is the net. (Found them sometime back in Cyber Geography, but cannot locate the source anymore.)

Of course, predicted 2015 figures might be based on many assumptions, which may or may not be valid in long term. Still, don’t we see the bottom-line? If these maps were to be believed Bangladesh will certainly be a market leader in 2015. Are we sure to have adequate reasons to question that?

Agreed, none of the South Asian countries, including India, has reached a level to boast about broadband penetration. We might still be in sub 1% range. It is also largely an urban phenomenon with majority of the users ranting about the quality.

The question: Should it remain so always? Don’t we know most current broadband giants reached that level almost overnight? Will not the new telecom reforms bring some hopes to Bangladesh? Is 30% coverage by 2015 a pipe dream?