Every child in country that invented Internet should be online – Obama 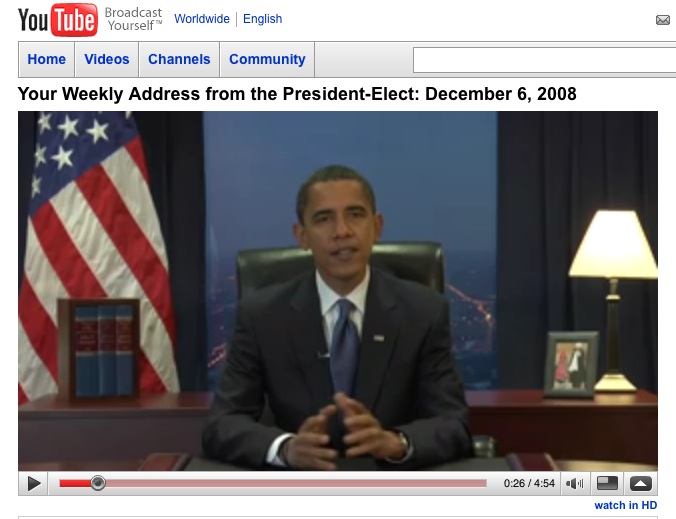 ‘The 21st Century Tech President’ said Saturday morning that the U.S. will launch new investments in its infrastructure – including a boost of broadband accessibility – as part of a larger strategy to revitalize the economy and create jobs. Specifically, President-elect Barack Obama said broadband connections need to be made widely available to school children and hospitals. Hospitals should be able to connect to each other via the Internet. He said:

It is unacceptable that the United States ranks 15th in the world in broadband adoption. Here, in the country that invented the Internet, every child should have the chance to get online, and they’ll get that chance when I’m president – because that’s how we’ll strengthen America’s competitiveness in the world.