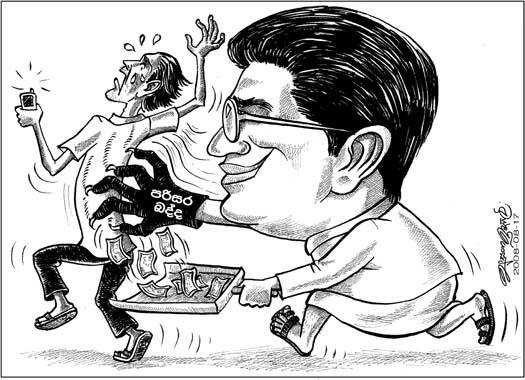 Accordingly, the levies imposed on telecommunication towers, CFC bulbs of more than 40 Watts as well as the levy imposed on vehicles in the Western Province were directed to be suspended.

Should we open a bottle of Champaign? May be not. It was not LIRNEasia that took Environment Ministry to courts. Still we take pride in fighting against these irrational environmental levies which would have served nobody.

Some of our earlier blog posts:

By the way, please note the 2% envy tax on mobile usage is still not off. So the battle is only half won.

If any reader wishes to offer their deepest condolences to Udaya Gammanpila, Chairman, Central Environmental Authority and Champika Ranawaka, Minister of Environment, about their failed attempts to irrationally burden a selected group of consumers to cover the recurring costs of Ministry of Environment, please feel free to use space below for the same. Guaranteed reading by both gentlemen. After all, LIRNEasia still comes within first ten Google hits for their names.