Electricity is said to be the only infrastructure the twentieth century communist rulers have truly cared for.  The practice may have had its origins in Lenin’s efforts for full electrification of the Soviet state, started in 1920 (aka GOELRO Plan). Nevertheless it makes perfect sense. Let the masses have electricity so that they can switch on television sets. They will not worry about anything else.

The further you travel from Colombo, the more you wonder whether Sri Lanka too had been an ex-communist state. The roads get narrower and mucky – sometimes even 20 kmph is high speed – and mobiles work intermittently – only when you reach within a cell town. Still you have electricity – almost anywhere. Even at Pitakumbura Navodya School, where we are told some students bring an extra set of clothes to school, during the rainy season – they have to swim across a stream daily.

What about broadband? Yes, it is available, but only in pockets. 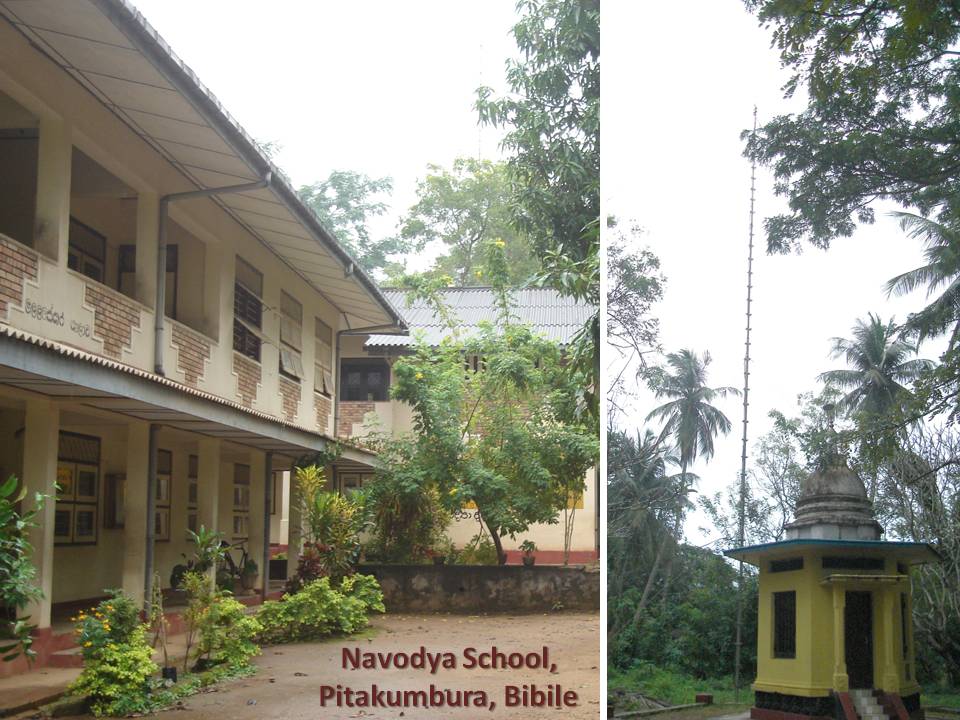 The solution? Build a 25 meter tower to host a micro-wave antenna at a cost of US$ 2,000 (right, above). This is not something an individual can afford – most of them are farmers. Fortunately for the student of Pitakumbura Navodya School, the monthly bill is currently being footed by the Ministry of Education under an ADB funded project. The day project funds run out, the school will be delinked. The students then might have to travel 13 km to Bibile for an entry point to the web.

This example illustrates Sri Lanka’s efforts of ‘taking ICTs to rural areas’. Broadband is available only in selected towns with some demand. Outside this, a handful of point to point links caters to a limited group of users – with a donor paying the bill. Such mechanism will survive temporarily, but may not withstand the financial pressures of a global recession.

The ideal long term solution will be broadband everywhere – at an affordable cost – just like electricity. It is in Colombo and may be in few other provincial towns, but under present circumstances it will only be a long dream for rural folk.