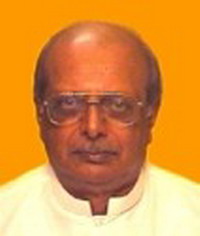 Old habits die hard. When you have been a member of a tiny Trotskyite left political party for the longer period of your life and seen the World Bank as your arch enemy, you may forget that you are on the same side now. This seems to be what happens to Sri Lanka’s Minister of Science and Technology, Prof. Tissa Vitharana, once in a while.

His latest holler, as reported by ‘The Catalyst’ – the newsletter of the Information and Communication Agency of Sri Lanka (ICTA), the apex body of ICTs that spearhead the e-Sri Lanka program, funded by the World Bank, goes as follows:

“At a time when the ‘world funding bodies’ proposed the setting of Internet cafes in cities of Sri Lanka in a manner that would only cater only to the rich elite, President Mahinda Rajapaksa decided that Nenasalas or wisdom outlets should be setup instead island-wide to cater to the poor rural folk.”

We are certain the World Bank’s ability to speak for itself, but feel the need to set the record straight especially for the benefit of those who are unaware of the history of e-Sri Lanka program.

Firstly, Mr. Minister, Cyber cafes are not for rich elite, who now have their own laptops with HSPA connections. Cyber cafes are for the poor, who cannot afford their own PCs, and right now serve millions in countries like Philippines, Indonesia and Thailand. In most of the Asian societies cyber cafes – surely not the donor supported telecenters – are the key means of Internet access by the poor.

Secondly Mr. Minister, World Bank or any other Development Agency for that matter, has never promoted the idea of net access for the rich. No matter what the flaws in the approach, their priority has always been rural areas typically not served by the market. If you care to check the original e-Sri Lanka document, you will find there have never been any suggestions to setup telecenters for rich Colombo elite. On the contrary, the Nenasalas within center Colombo, was introduced only after 2004.

Thirdly, Mr. Minister, the idea of having Vishva Gnana Kendras (VGKs) – as the forerunner was known – was to have more financially viable tele-centers, which could stand on their own feet, instead creating a donor funded unsustainable model. The fallacy of Nenasala model is yet to be discovered at the point of the end of donor funding. For example, according to Niranjan Meegammana, a consultant to ICTA, sixteen Nenasalas in Uva province (Girandurukotte, Balagolla, Talakumbura, Kabillegama, Parahettiya, Hali Ela, Maspanna, Divurumpola, Wekumbura, Badalkumbura, Therulla, Siyambalanduwa, Ethimale, Suriya-ara and Kiri Vehera) earns less than USD 50 per month – too little to cover even their operating costs. How these Nenasalas will continue without donor funding is a question awaiting an answer.

Fourthly, Mr. Minister, not all Nenasalas cater to the poor. Having visited them personally we can name few Nenasala’s which never opens their door to the poor but used only by the rich incumbent priests of the temples – against the wishes of the donors.

The truth can be very different from what the voters wants to hear.